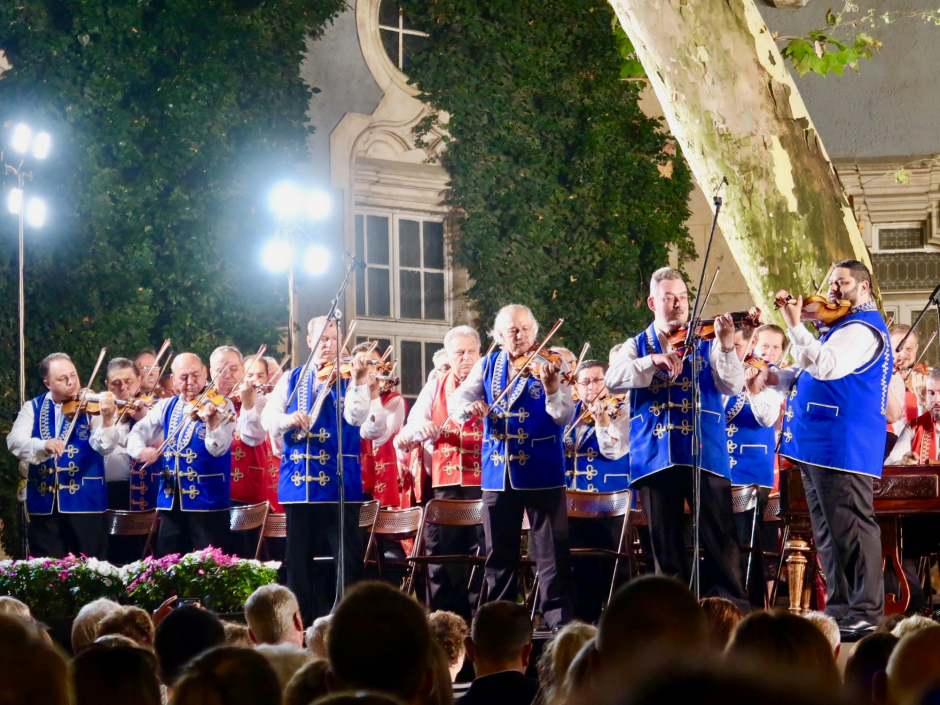 A couple of days ago, on a hot evening, we settled into to our chairs in the courtyard of  the Vajdahunyad Castle to see something amazing.  My Aunt, husband and myself were there to see the 100 member Budapest Gypsy Symphony Orchestra. Andrew and I saw them perform once before on PBS television. We were exhilarated by the anticipation of seeing them perform live.

Vajdahunyad Castle is a castle in City Park in the 14th District of Budapest. It was built in 1896 as part of the Millennial Exhibition which celebrated the 1,000 years of Hungary. Originally, it was made from paper and wood, but proved so popular, it was shortly rebuilt as a permanent stone structure.

The castle contains parts of buildings from various time periods and displays different architectural styles. The styles include Romanesque, Gothic, Renaissance, and Baroque. 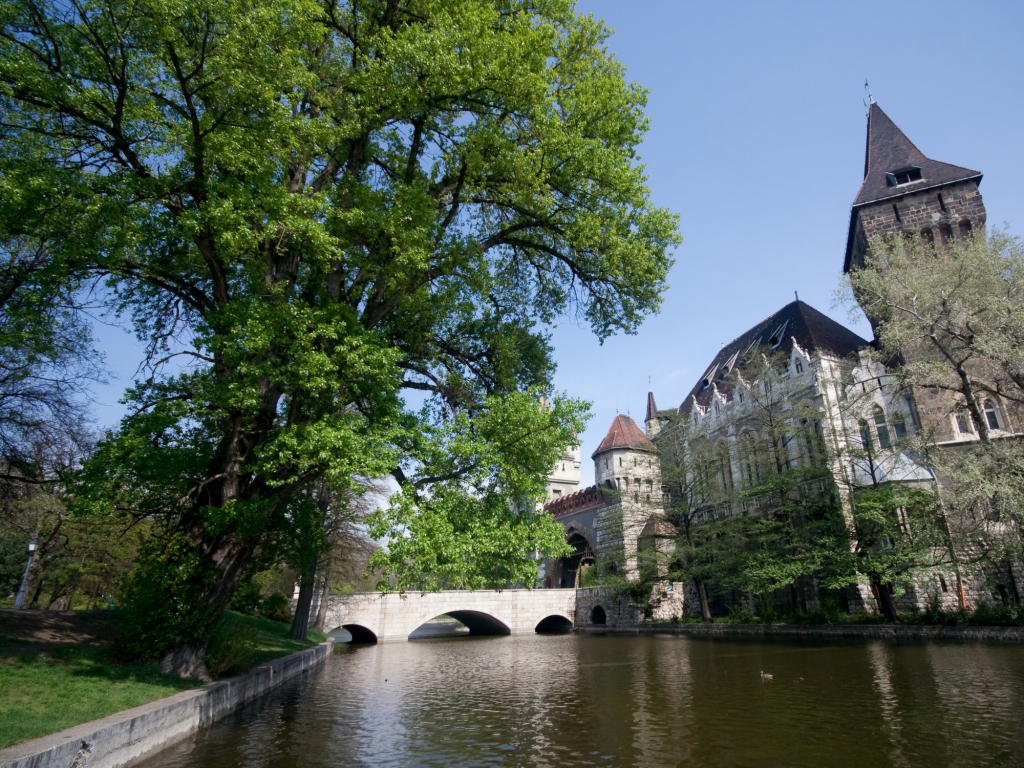 The castle contains a statue of Béla Lugosi – the Hungarian-American actor famous for portraying Count Dracula in the original 1931 film. 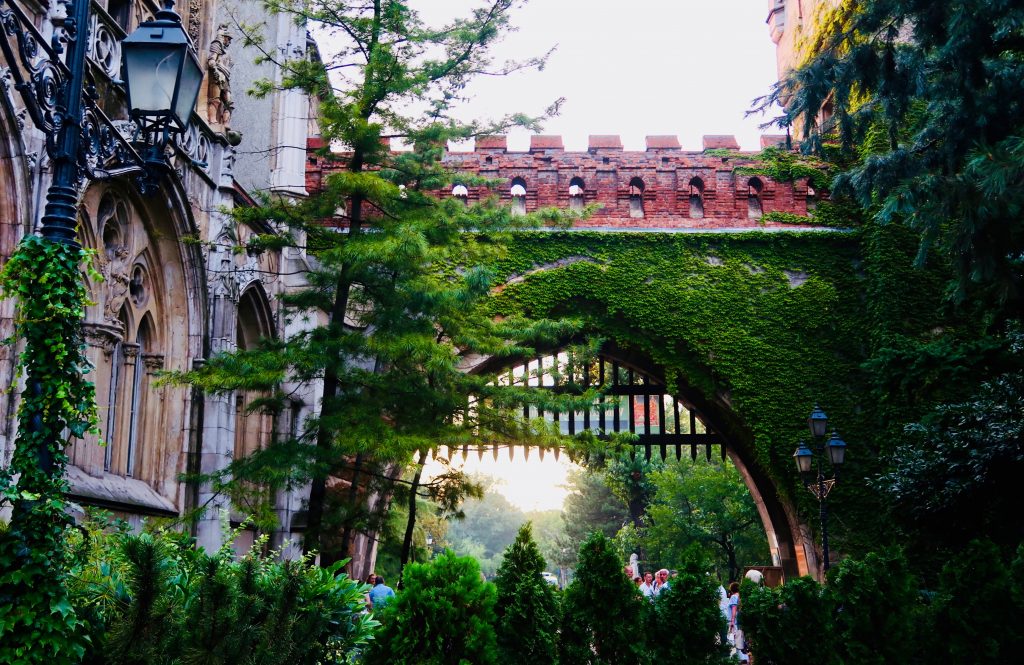 The concept of Vajdahunyad Castle Budapest was to blend the various architectural styles into one composite castle. 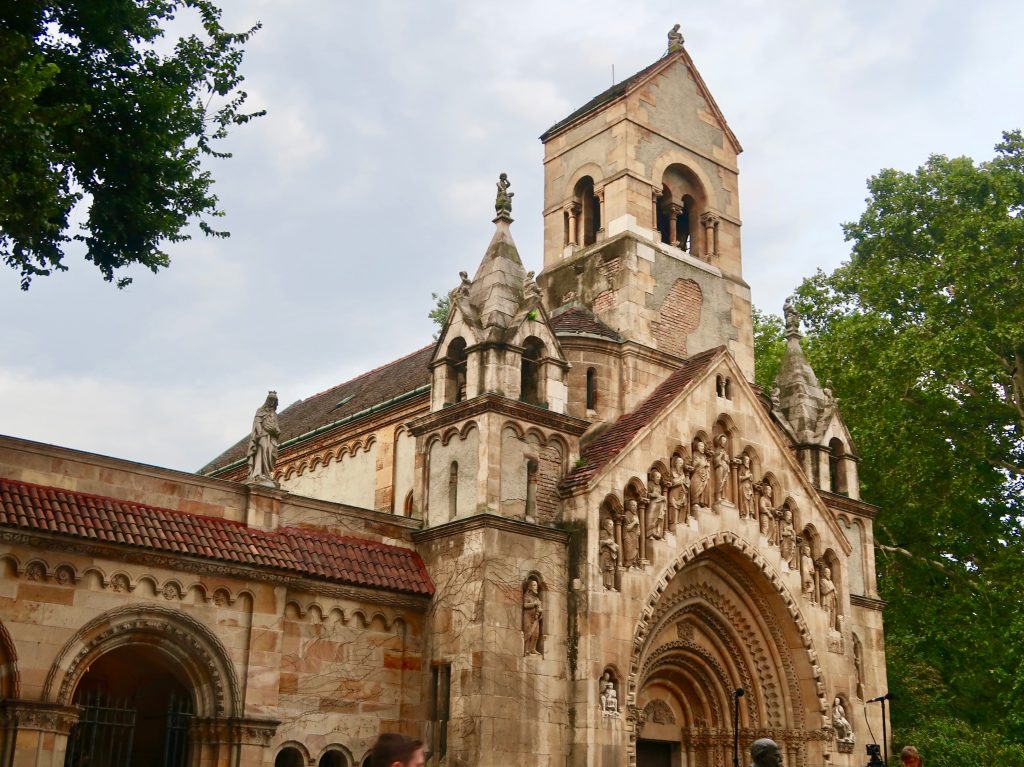 The oldest part of the Vajdahunyad Castle is the Romanesque style from the 11th – 13th century. 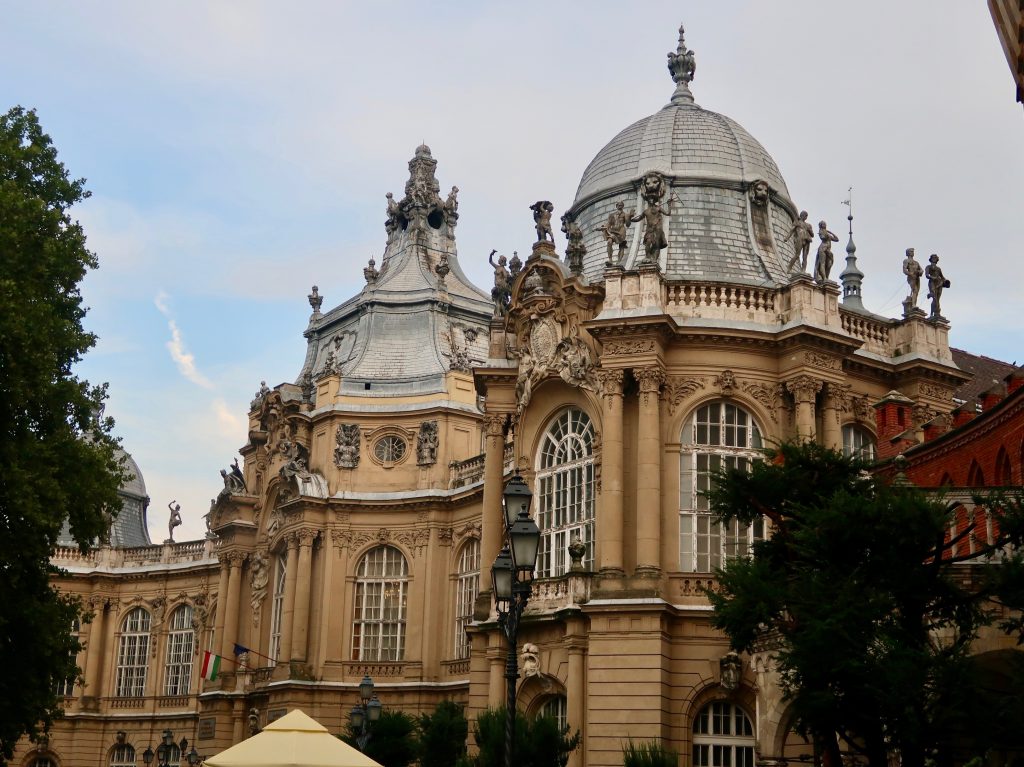 The writer, Bram Stoker, pictured his Dracula living in the castle of Vajdahunyad.

The castle is surrounded by the water of the boating lake of the City Park (aka Varosliget). There are altogether four bridges leading to the Castle. 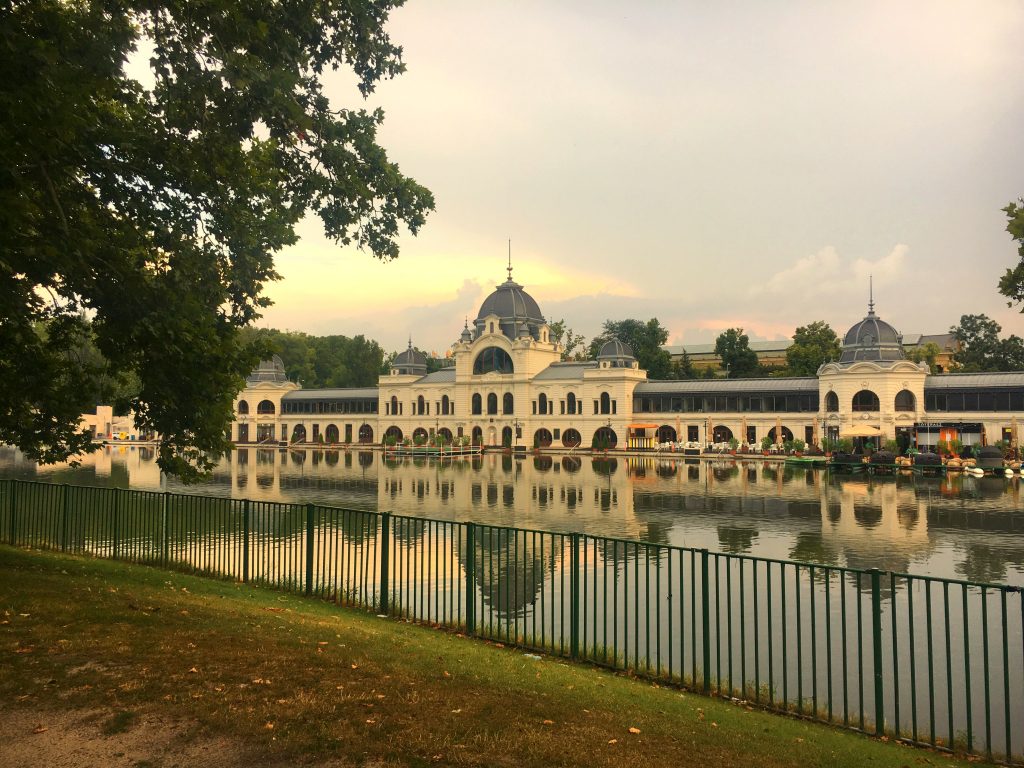 The beautiful building from where you can rent paddle boats in the summer or go skating in the winter. 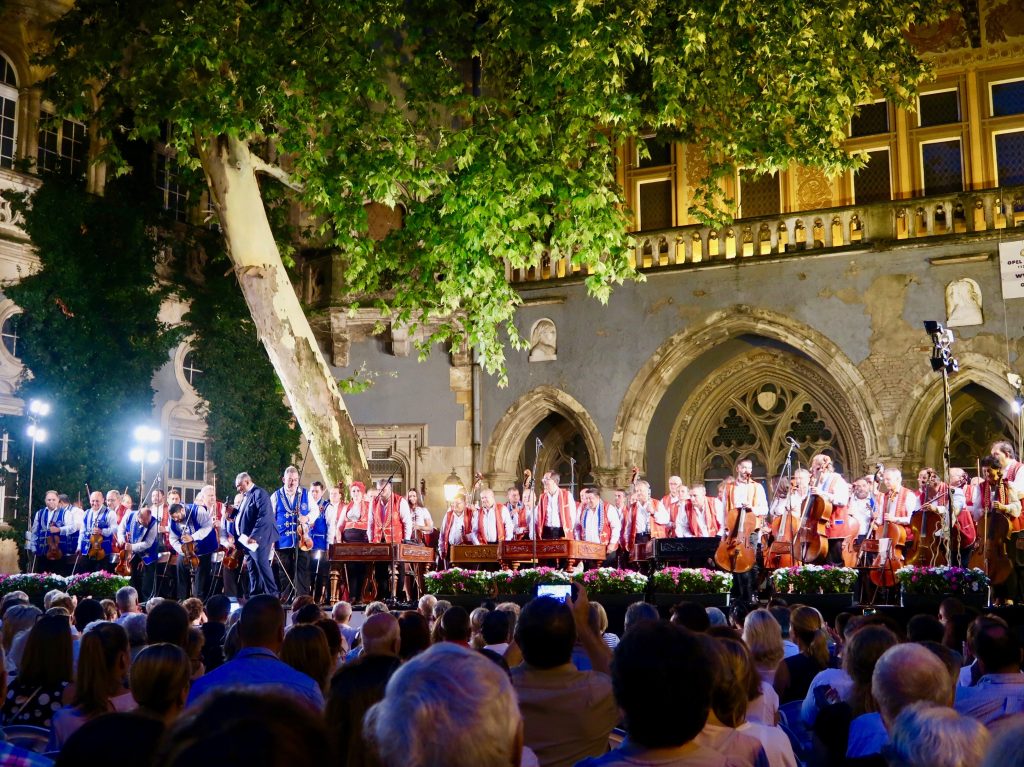 As of March 18, 2018, the Budapest Gypsy Symphony Orchestra is entitled to use the distinguished title of “Hungaricum”.

Hungaricum: a collective term indicating such a value, distinction and excellence which is regarded as a top achievement of Hungarians.

I can not even begin to describe how incredible these musicians are.  The passion they play with is absolutely infectious. Now to be fair, I did study classical music for most of my life – including the clarinet for over 12 years – so I naturally love this type of music.  I also grew up in a Hungarian household where this type of gypsy music was often played. I can’t help but be filled with happy memories of my childhood and Christmases at my grandparent’s house… However, even my husband thought the night was amazing. What he was especially surprised about, was the lack of music stands or the presence of a formal conductor. 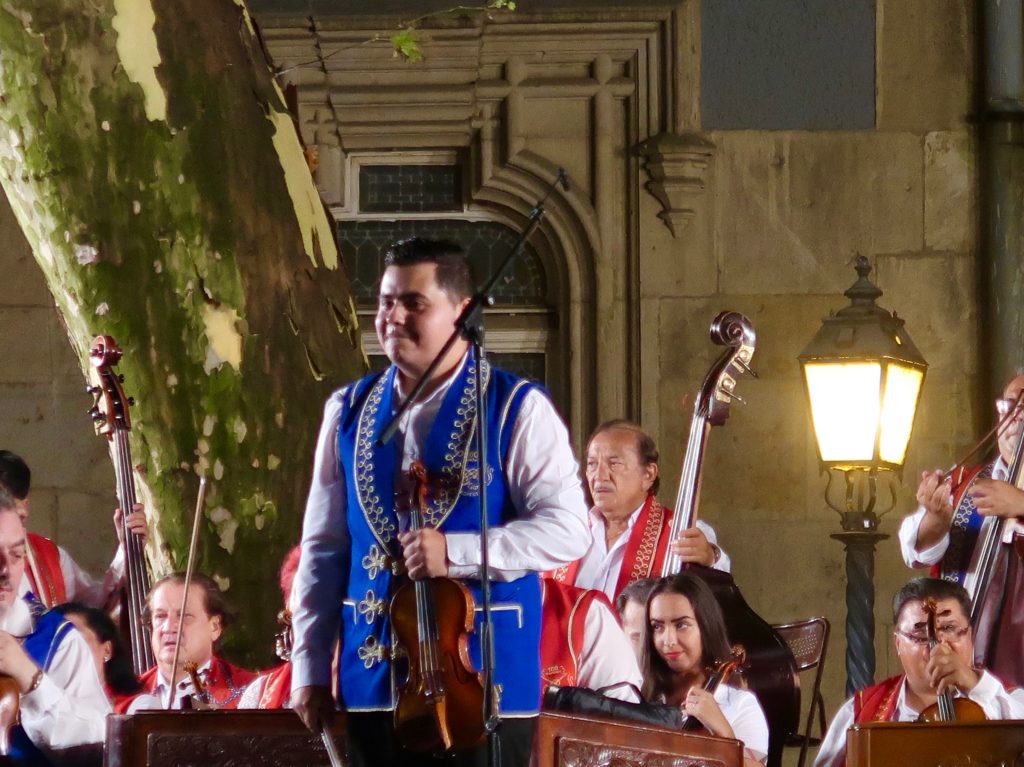 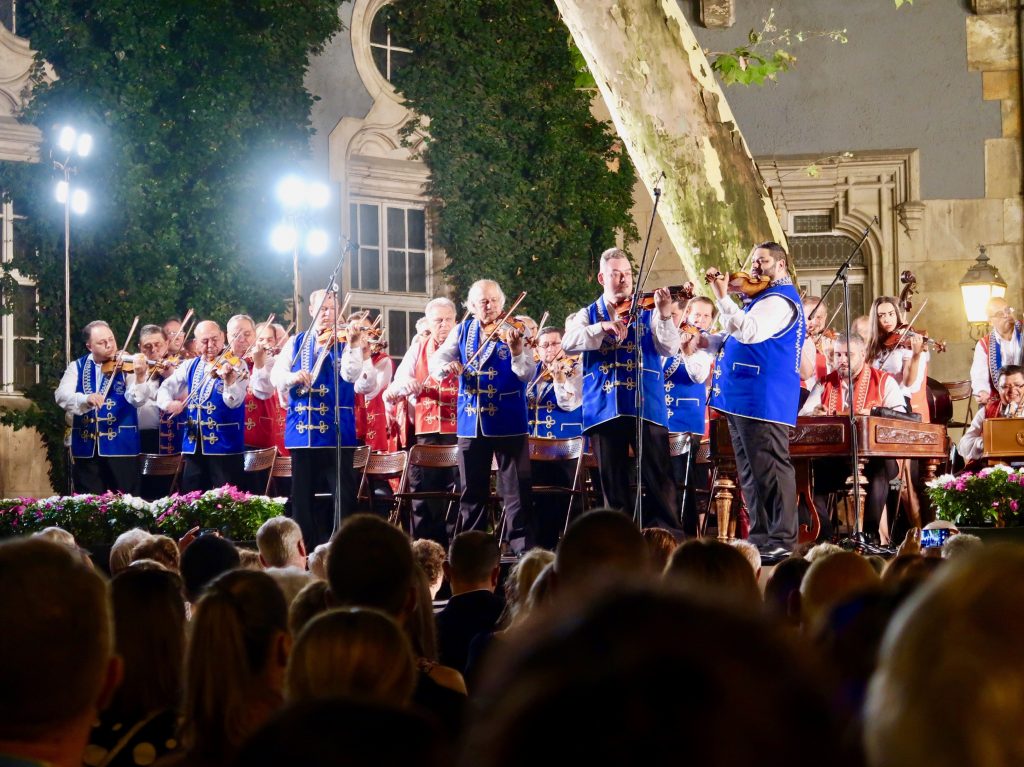 Traditional Gypsy style dictates that all music is played by memory.  In fact, I’m not entirely sure if all the Roma musicians can even read music. In the past, the music was passed down and learned by ear – not by reading sheets of music.  It is this that gives the music a particular style that is so unique.  There is much improvisation and featuring of soloists that bring a huge smile to every note. The sounds they are able to get from their instruments are nothing like you would hear in a traditional orchestra. I’m positive many a music teacher would faint from their technique!

This dazzling concert was the last in this year’s summer festival series. There were eight concerts this summer, but unfortunately, I only attended this one.  Next year, I hope to be able to see more. Tickets range from 3500-5500 HUF.  That’s less than $20 USD for these amazing performances in such a spectacular environment.

Just another fabulous reason to live (or visit) Budapest…

To see some of the Budapest Gypsy Symphony Orchestra yourself, click here.

How to Spend the Best Summer Day at Gellert Baths