Get Sore Feet with Expats on Margaret Island in Budapest 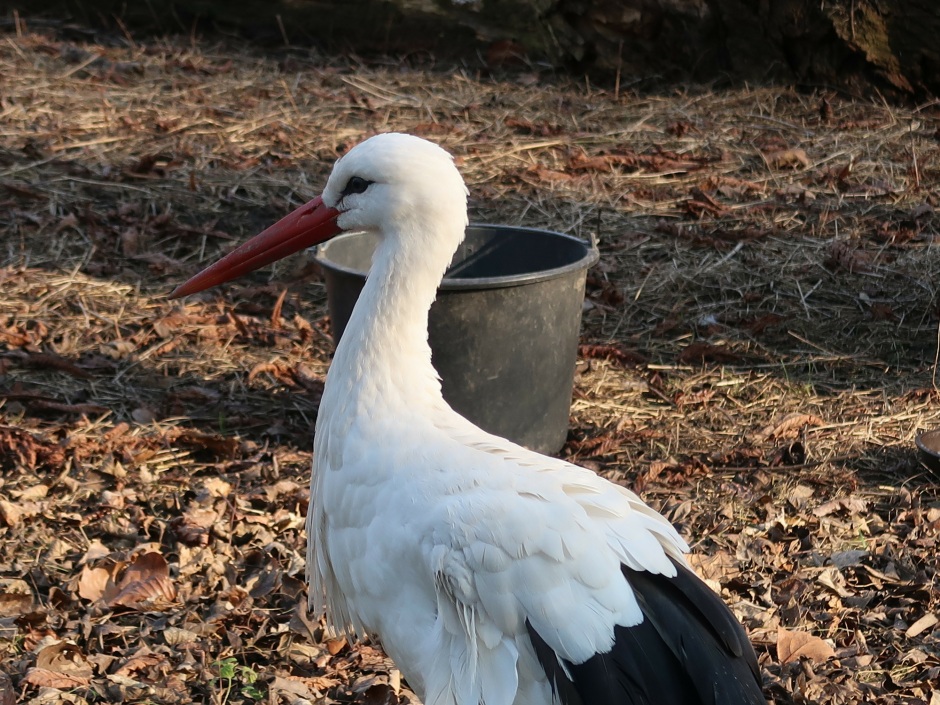 Unlike the majority of our friends and family back home, we are happily having a very mild winter here in Budapest.  We’ve been so lucky to be able to move around the city so easily and get settled into new life abroad without freezing or struggling with the snow. It’s also allowed for us to simply explore and discover this gorgeous city.  Yes, this means sore feet – especially mine – but we are happy and very grateful.

Margaret Island is a 2.5km long island in the middle of the Danube in Budapest.  The island spans the area between the Margaret Bridge (south) and the Árpád Bridge (north). The island was called Insula leporum before being named after Saint Margaret (1242–1270) in the 14th century. Margaret was the daughter of Béla IV of Hungary, and she lived in the Dominican convent on the island. Today, the island is directly managed by the city and is a recreation area with athletic buildings, gardens, parks, pools, cafes, a hotel, a small zoo, running trails and more. 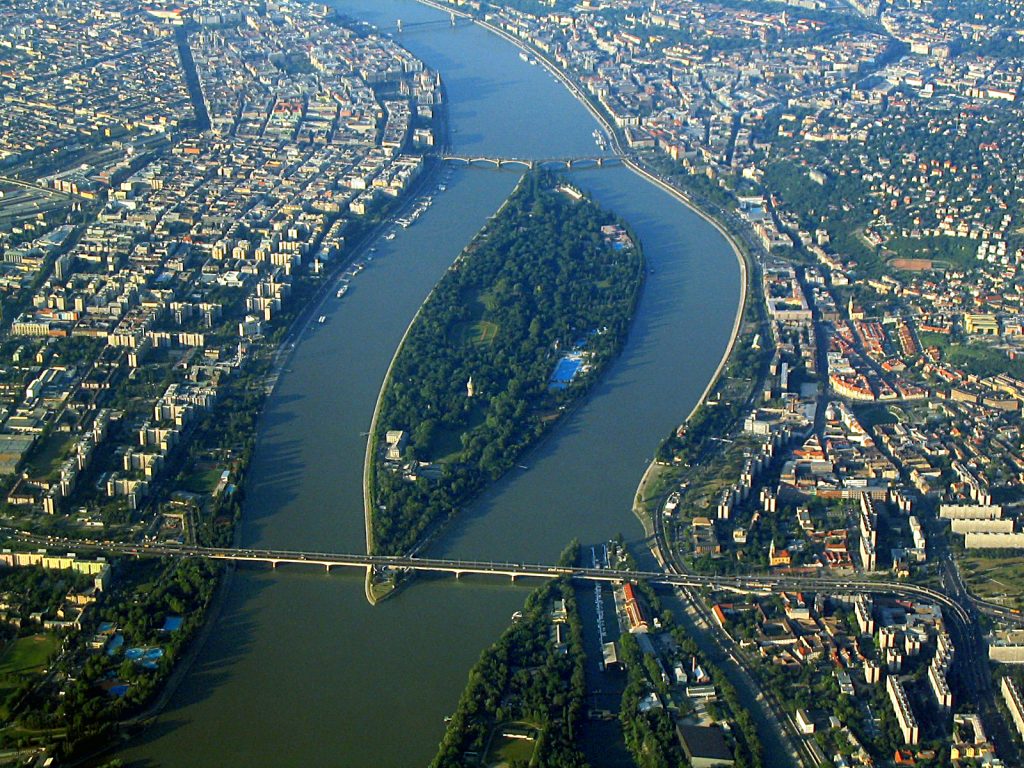 An arial view of Margaret Island.

Yesterday, it was 12 degrees so we decided it was perfect weather to head to Margaret Island to walk with the dog.  Since Lucy no longer has a backyard, we really wanted a chance to let her run free on the grass like she loves to do on Hanlan’s Point on the Toronto Islands.  Our new apartment is in the 5th District in Budapest, so we hopped on the number 2 tram to take us to Margaret Bridge.  We got off at the end of the line and walked across Margaret Bridge to Margaret Island from there. 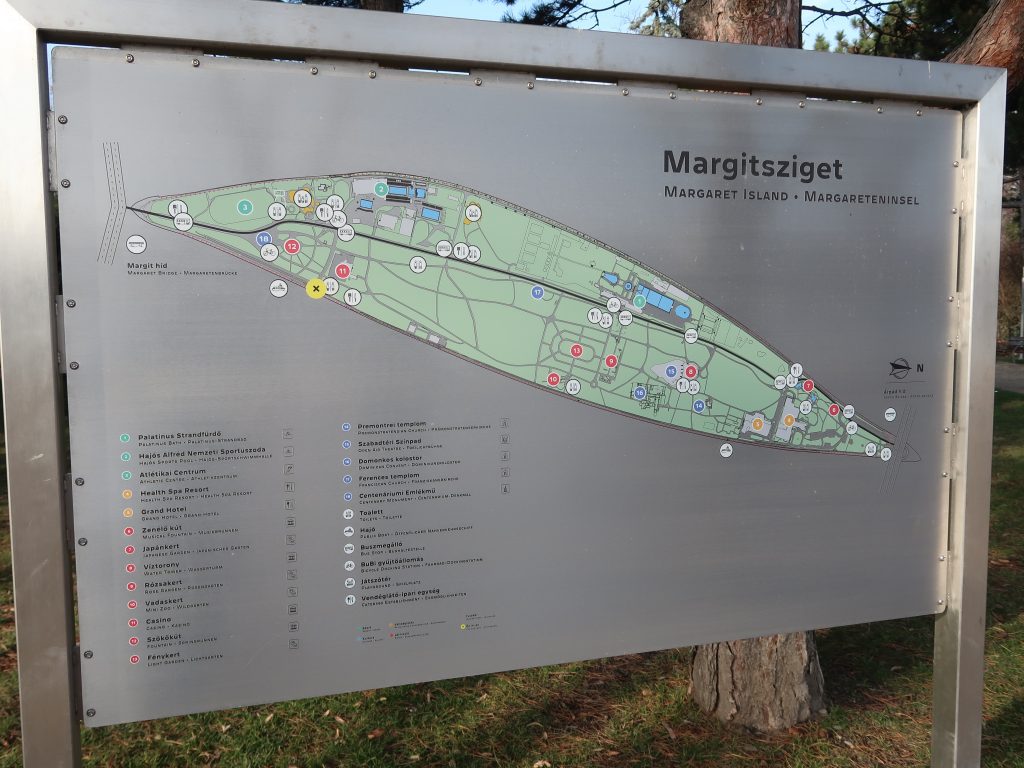 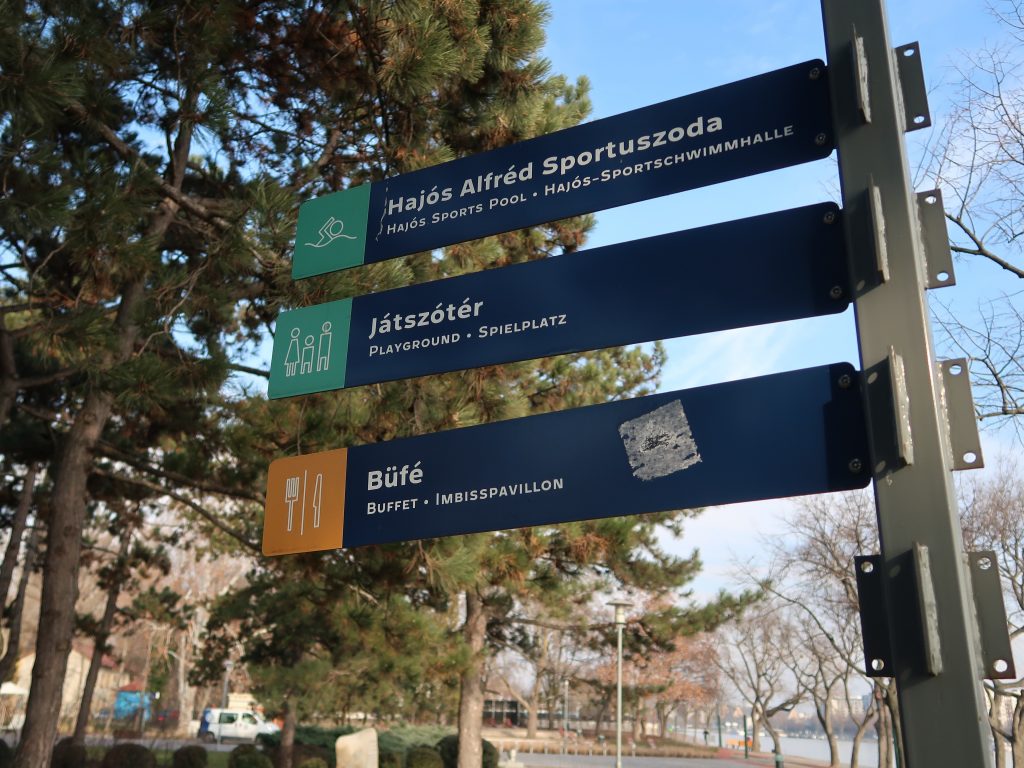 Once we arrived, we simply wandered around the island and enjoyed what we accidentally found.  We found lovely buildings, cafes, trees, open green spaces, sculptures and even ancient ruins. 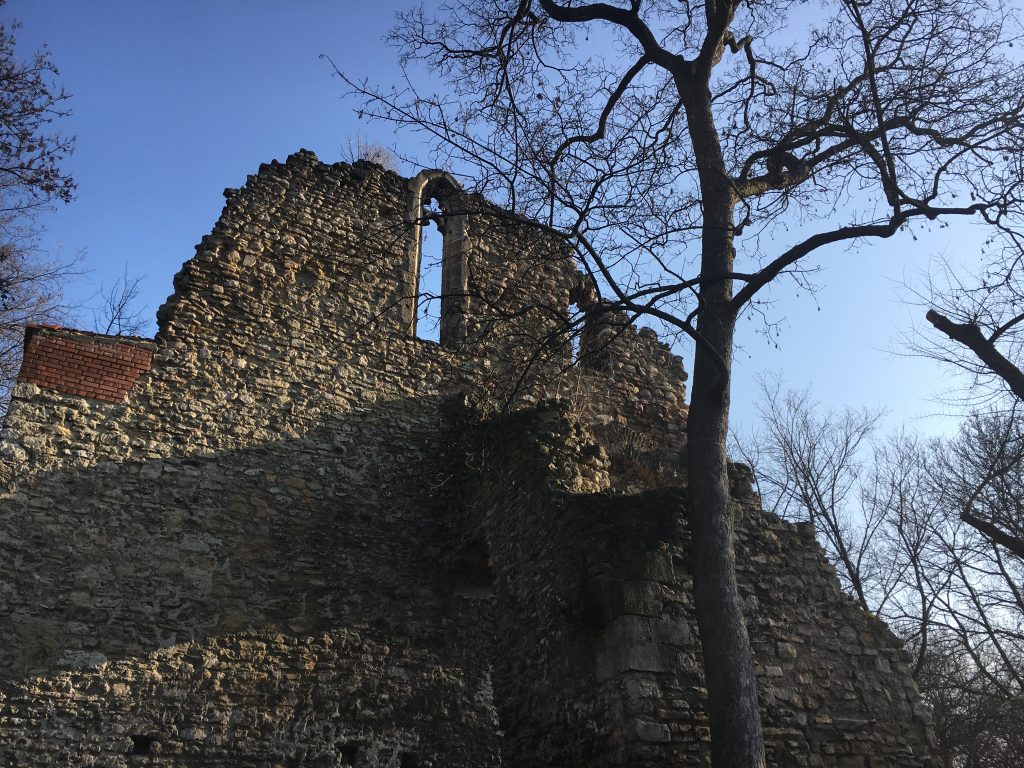 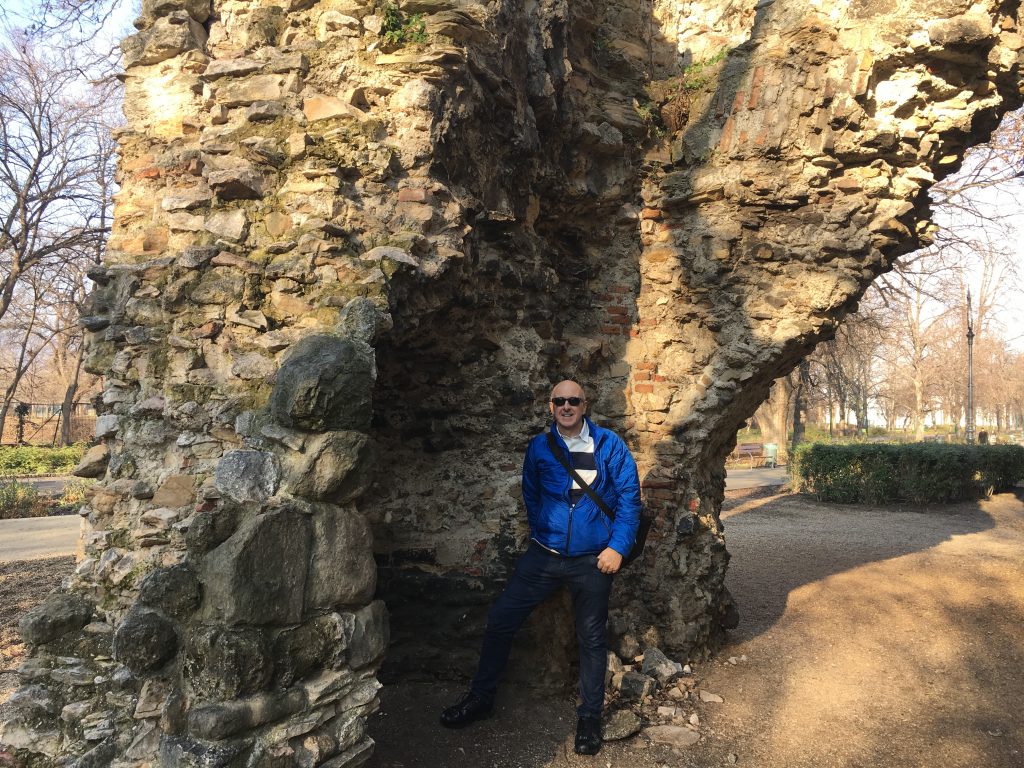 If you are a runner, there is a monthly event and free timed 5k run around the island.  Find about more about it on their Facebook page. As you can see by the photo below there is a dedicated path for runners (the red one).  There is also a path specifically for “walkers” and then also paths for bikes and motorized vehicles all around the island. 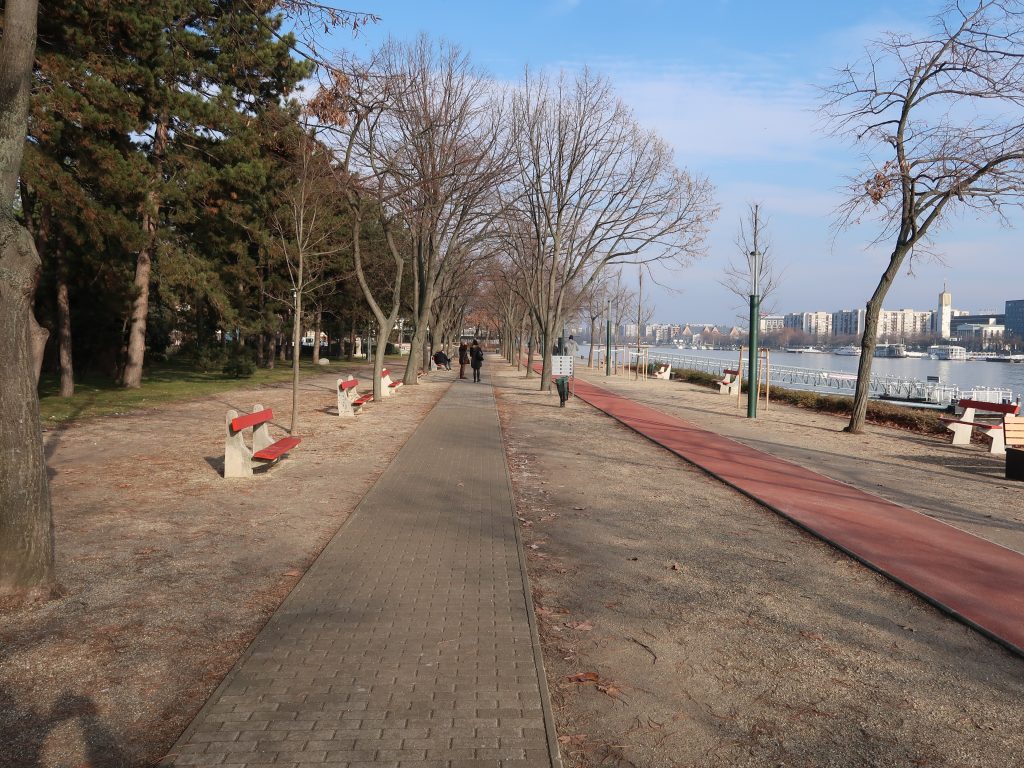 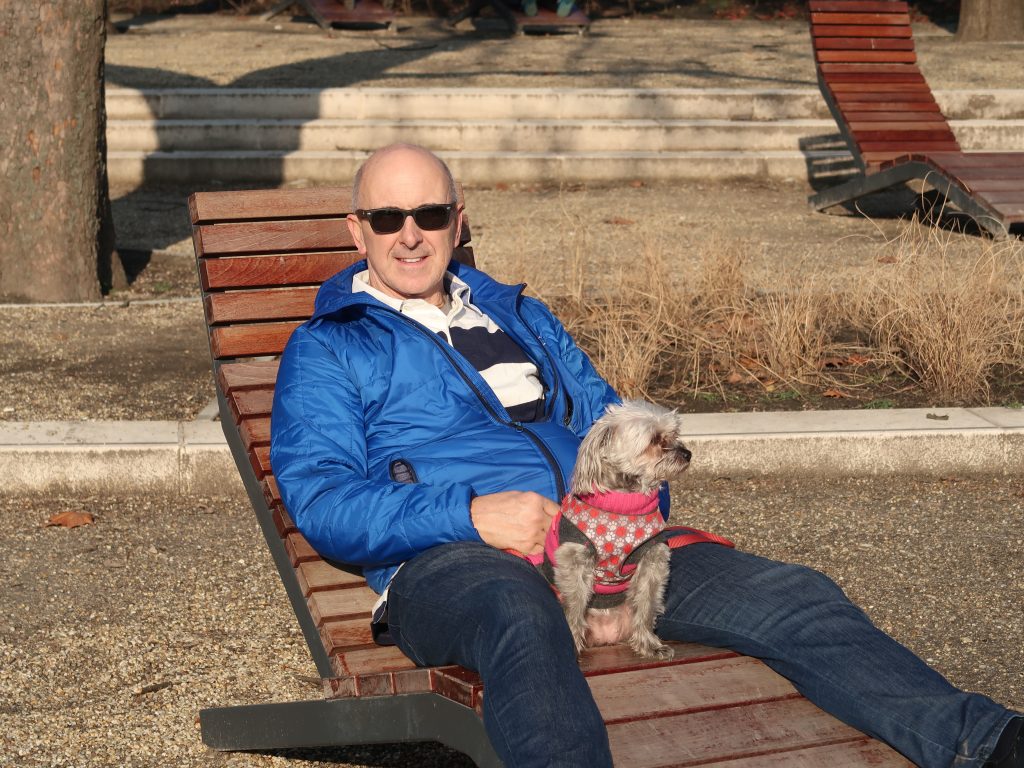 Andrew and Lucy enjoying the sun.

There is so much to see and do, but we only spent a couple of hours.  We hope this wonderful weather streak continues and we have many more winter walks on the island.

The day was so beautiful, we decided to walk all the way home from the island and took some great photos in the winter sun. 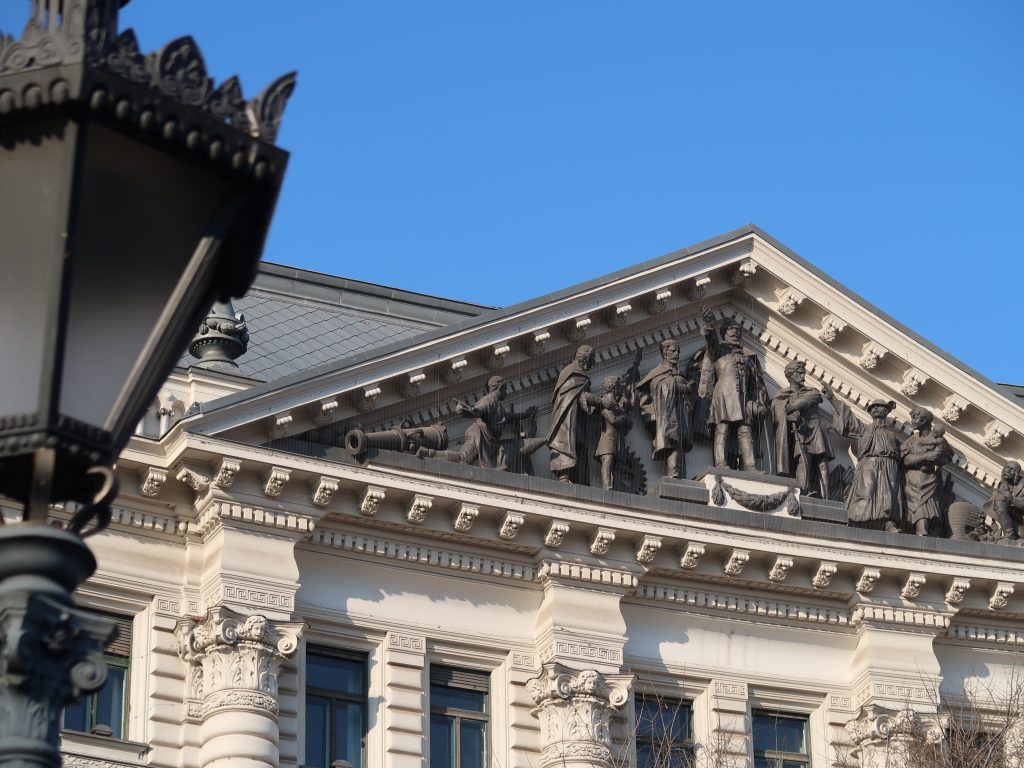 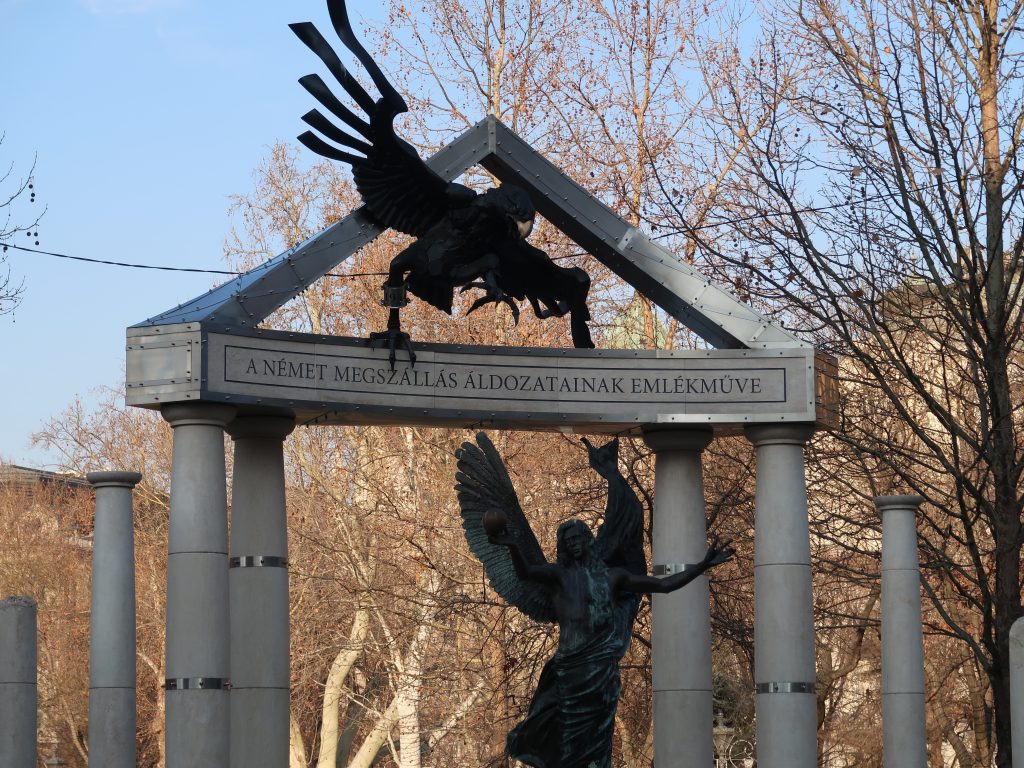 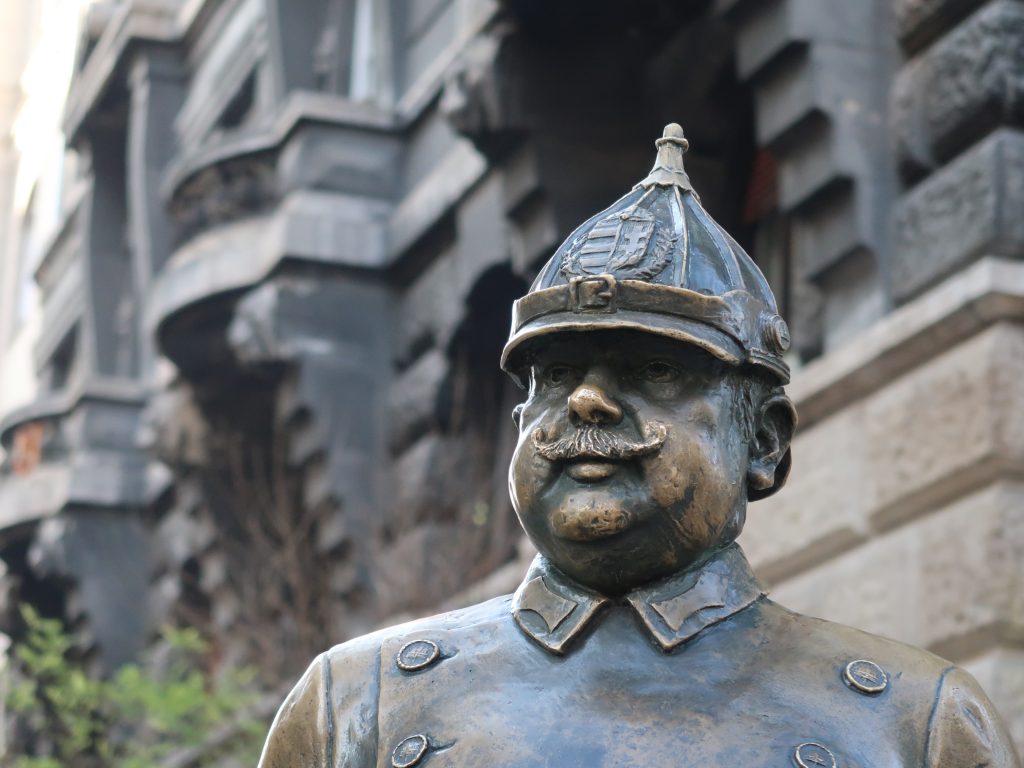 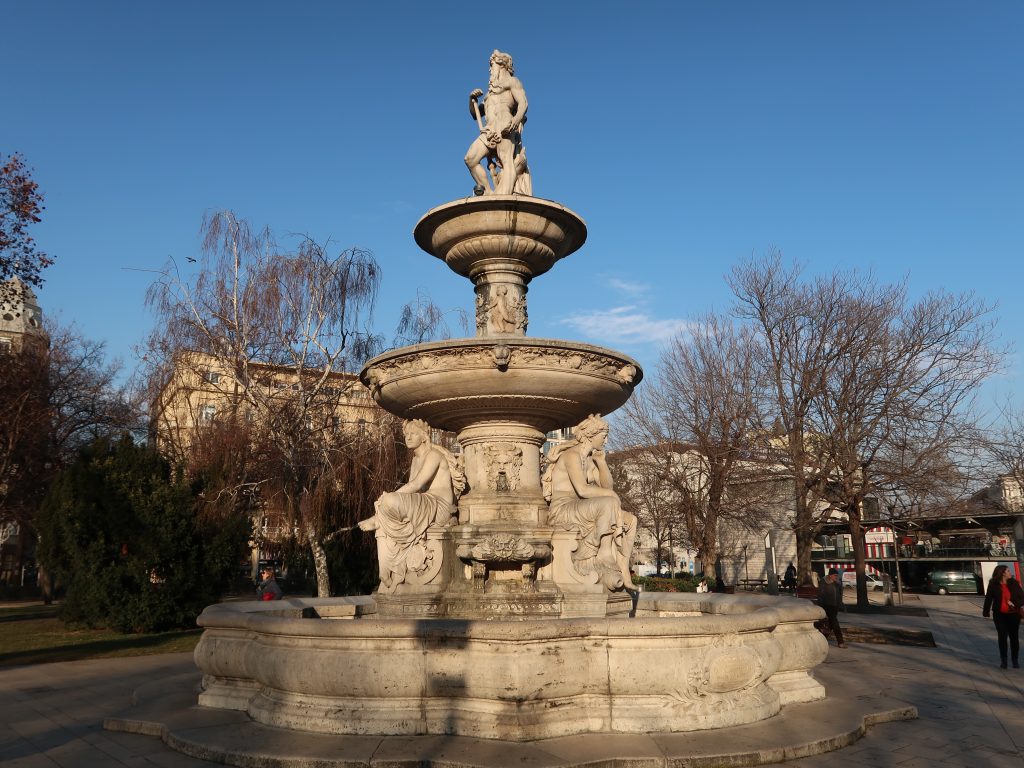 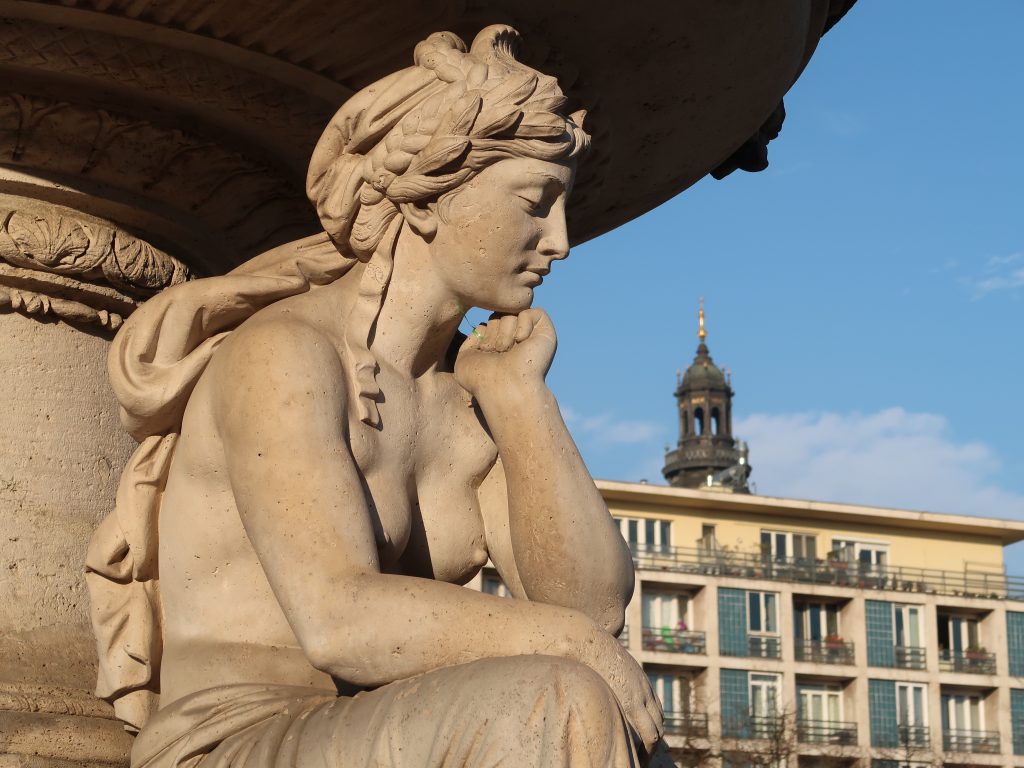 How to Spend the Best Summer Day at Gellert Baths