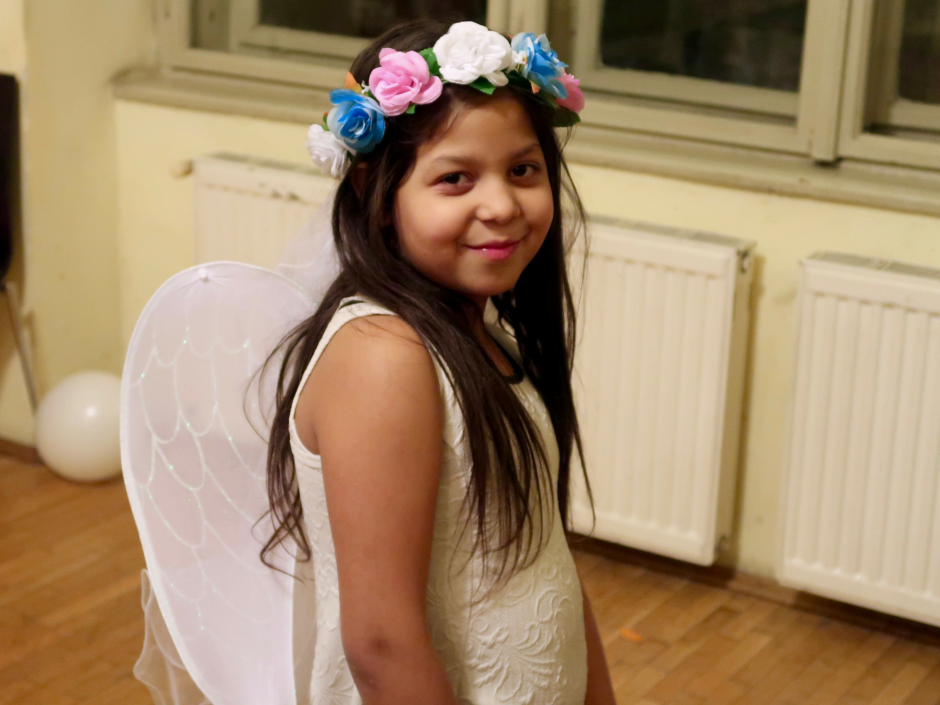 As you saw in my last post, Budapest is an absolutely beautiful place to spend Christmas.  This Christmas I am even luckier as my parents, sister and her husband have all come from Canada to share it with us here.  However, Andrew and I wanted to do more then just simply over-indulge, and set out on a tiny journey on how to find the true meaning of Christmas this year.

My husband and I enjoy volunteering. We typically spend around 1000 hours per year donating our time to various organizations and events.  This Christmas in Budapest, we were offered the opportunity to sponsor a local child and help make his Christmas wishes come true. Thanks to Chris Clarke of Clarke and White, we became part of the “Scottish Mission’s Children’s Christmas Event”. 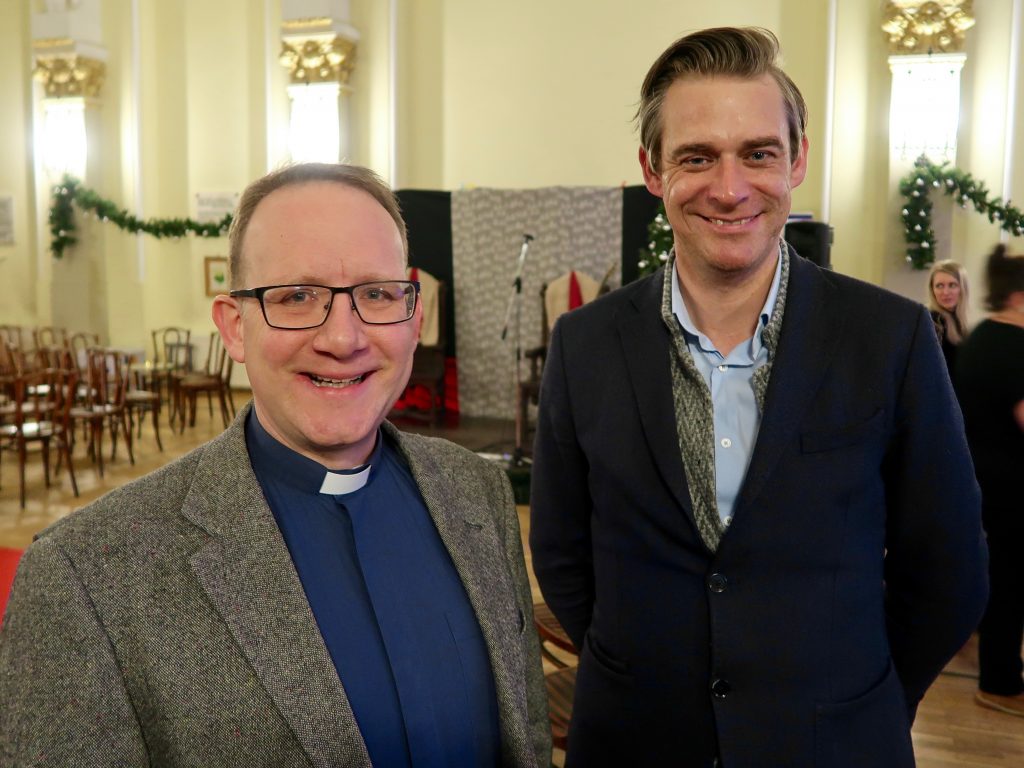 Rev. Aaron C. Stevens, Minister at the Scottish Mission and Chris Clarke of Clarke and White.

Three years ago, a few “Elves” came up with the idea of making dreams come true for Christmas. However, many children from in and around Budapest are not so fortunate, and can’t always get a present. Their parents simply can’t afford to buy any. This is why the children are asked to send a letter to Santa, and wait to see if “Santa” can reply.

As part of the letter, each child is asked some simple questions: “What is your favourite colour”, “Who is your best friend”, and of course, “What do you want for Christmas”. This year the Scottish Mission of Budapest  is the main channel of selecting the children.  They decided that an organization called “Kontúr Egyesület“, from the 10th district of Budapest would be where the recipient children came from.  This is pretty much a slum area of Budapest with very poor facilities meant to be torn down in the near future.

Andrew and I received our “Letter for Santa” from a 3 year old boy named, Krisztof. And my mother (being here for Christmas), kindly agreed to sponsor a 4 year old girl named, Hanna.  Off we went in search of the perfect gifts with a set price limit of only 10,000 HUF (about $50 CDN). It was tempting to spend more, but all the kids gifts were meant to be relatively equal.  Once we found them, we wrapped them and delivered them to Clarke and White’s offices. Chris and his assistants took on the gargantuan task of organizing and moving 100+ gifts to the St. Columba’s Scottish Church in time for event day. 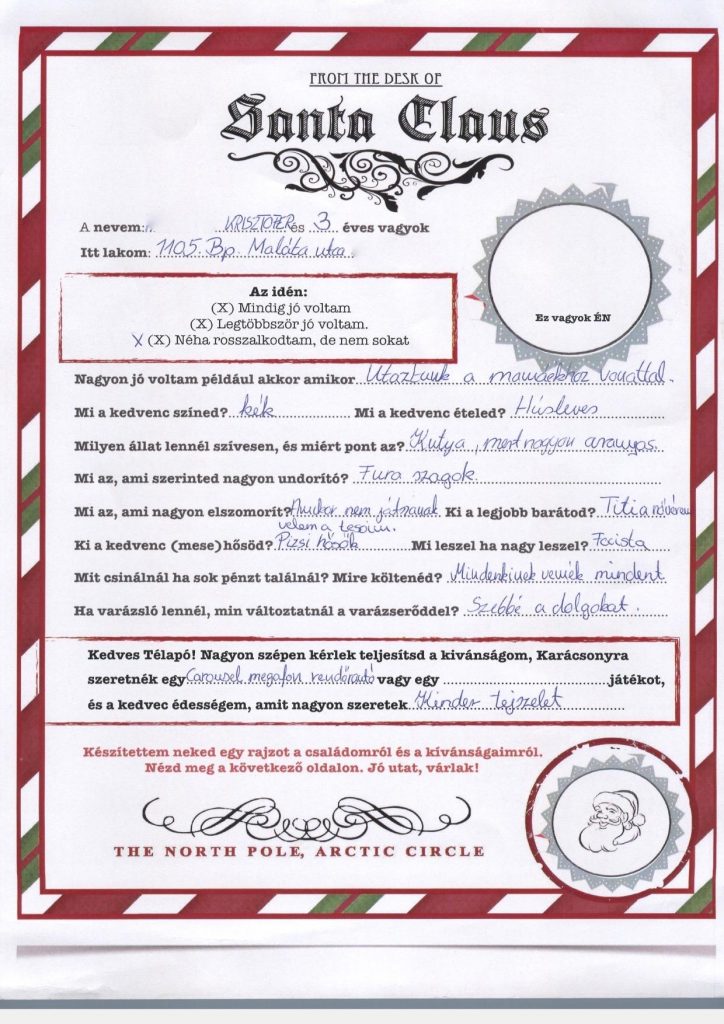 The letter we received written to “Santa” telling us all about Krisztof and his wishes for Christmas.

The event was well attended by the local and expat community who donated their time, expertise and gifts.  We sat in the back of the hall and let the excitement of the afternoon focus on the children.  We watched a sweet performance of the Nativity play and listened to Hungarian carols. Once concluded, there was more music, magic, food, fun and of course, Santa. 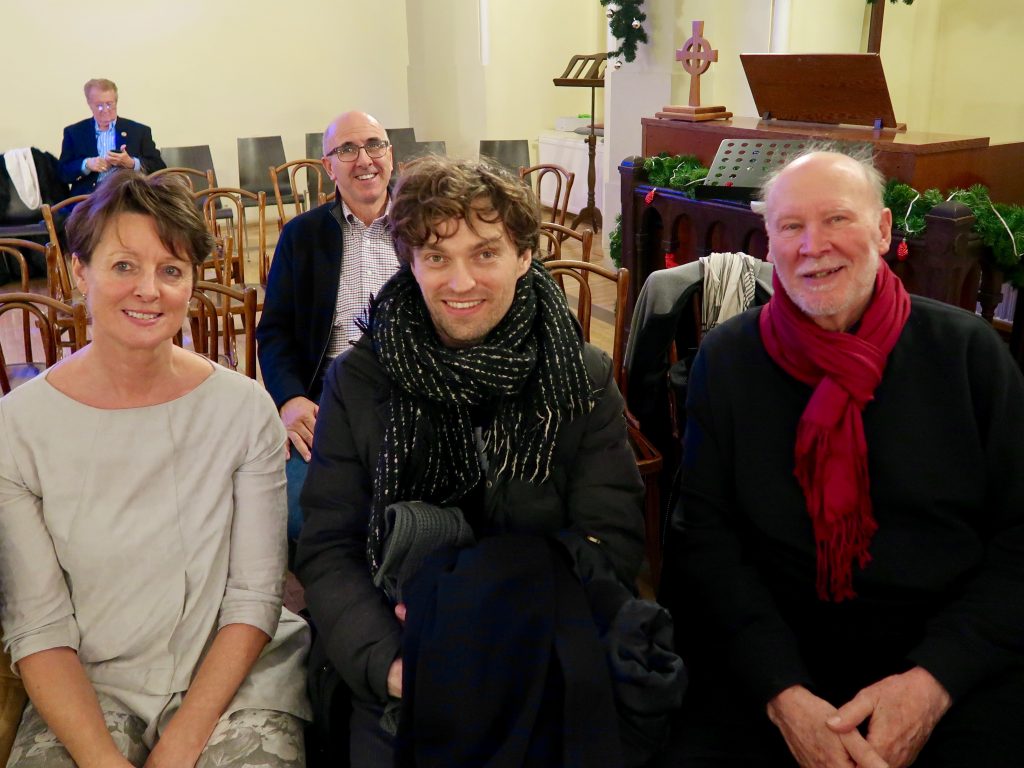 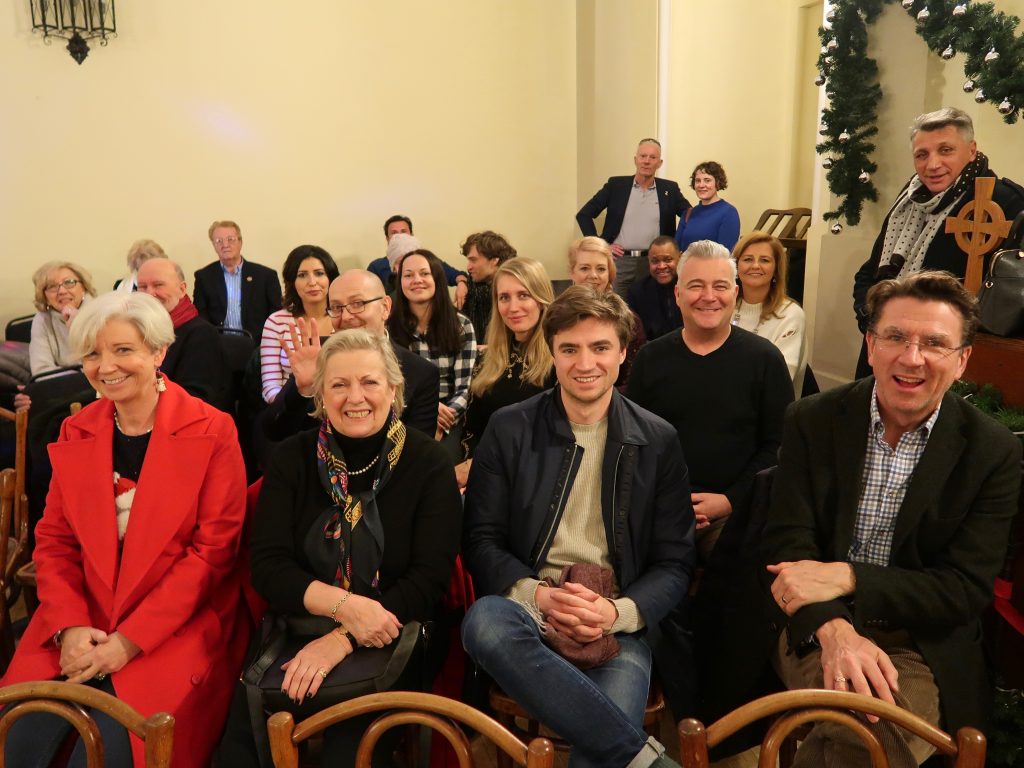 All the “Santas” waiting for the children to arrive –  including the British Ambassador, Iain Lindsay and his wife. Amazing support for our community! 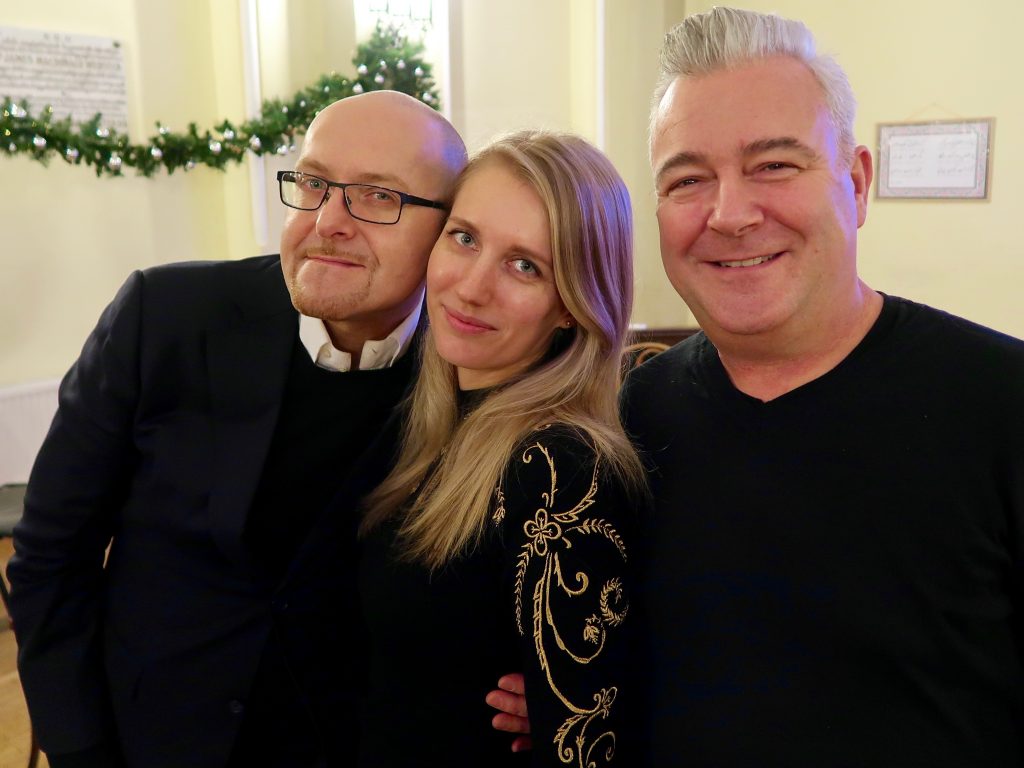 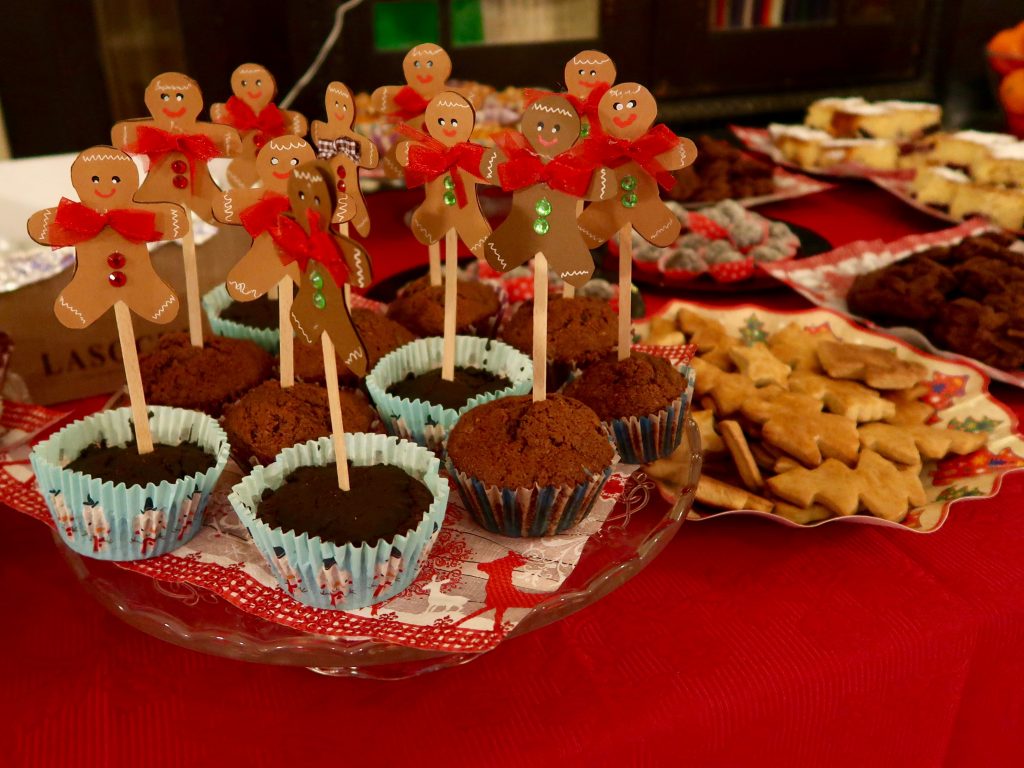 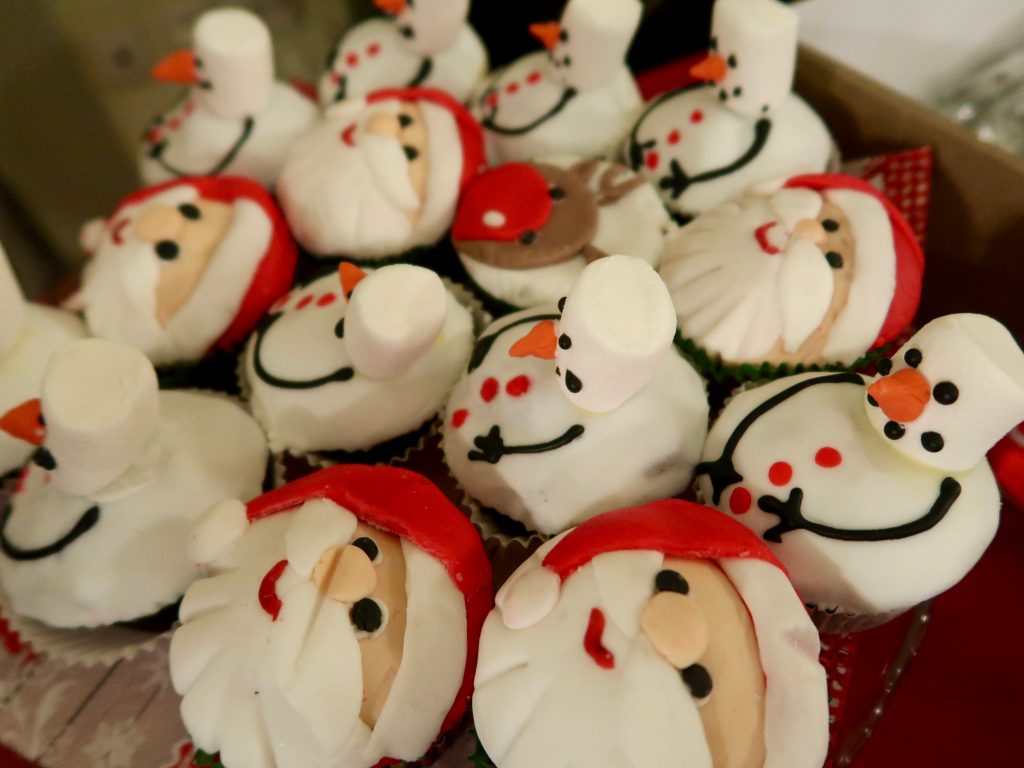 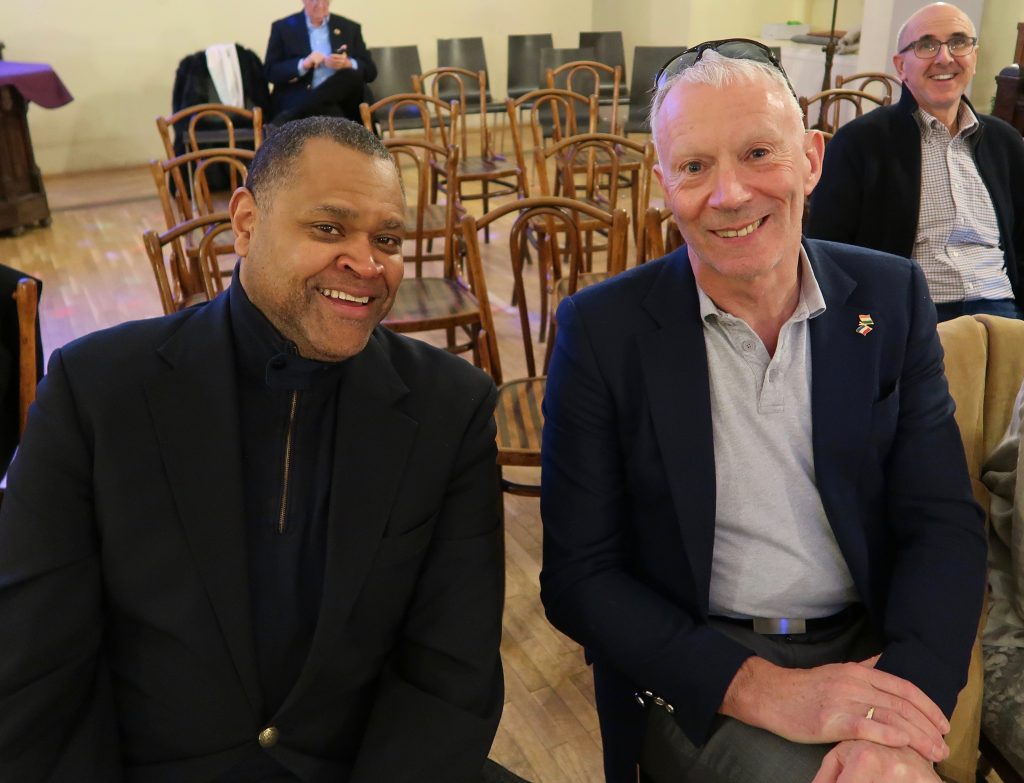 Andrew and I were lucky enough to see our “child”, Krisztof, with his gift. We spotted him because we recognized the wrapping paper we used!  He attended the event with two other siblings who also appeared to be sponsored that afternoon.  We saw his mother packaging up the unopened gifts with string to take them home. I presume to open officially on Christmas Eve as is the custom here in Hungary.

The congregation belongs to the Church of Scotland and the Reformed Church in Hungary.   The church was founded by Scots 175 years ago. However, it was only with the cooperation, support and service of Hungarians that they survived many turbulent periods, including times when Scots were not allowed to remain but the congregation continued just the same. 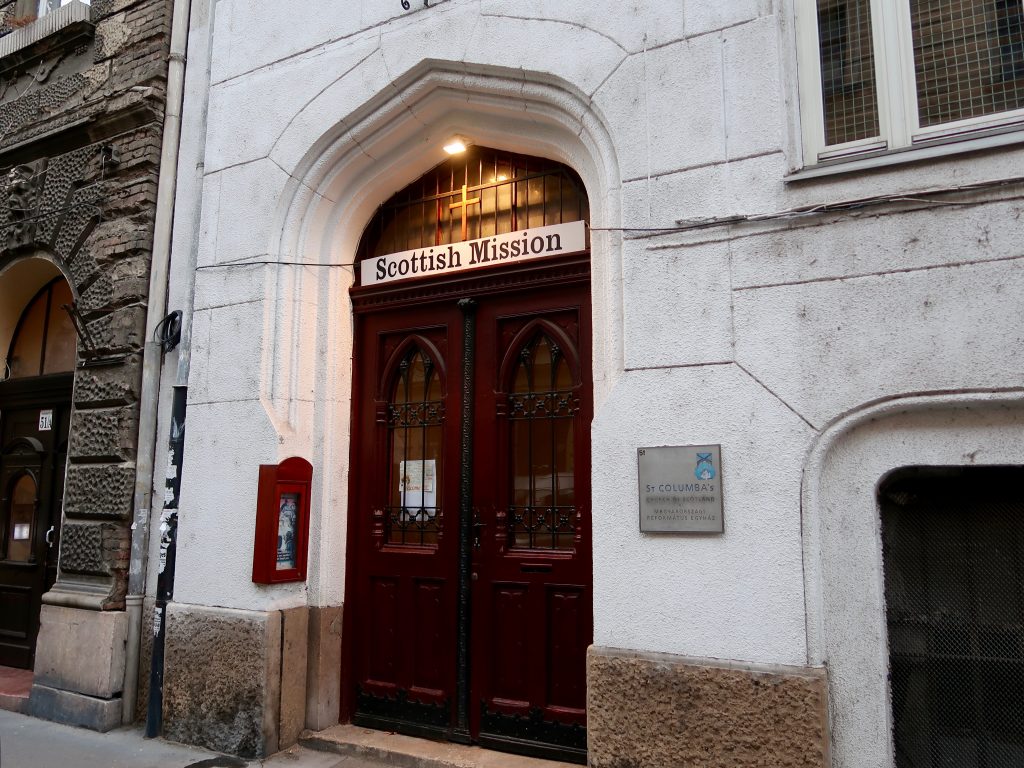 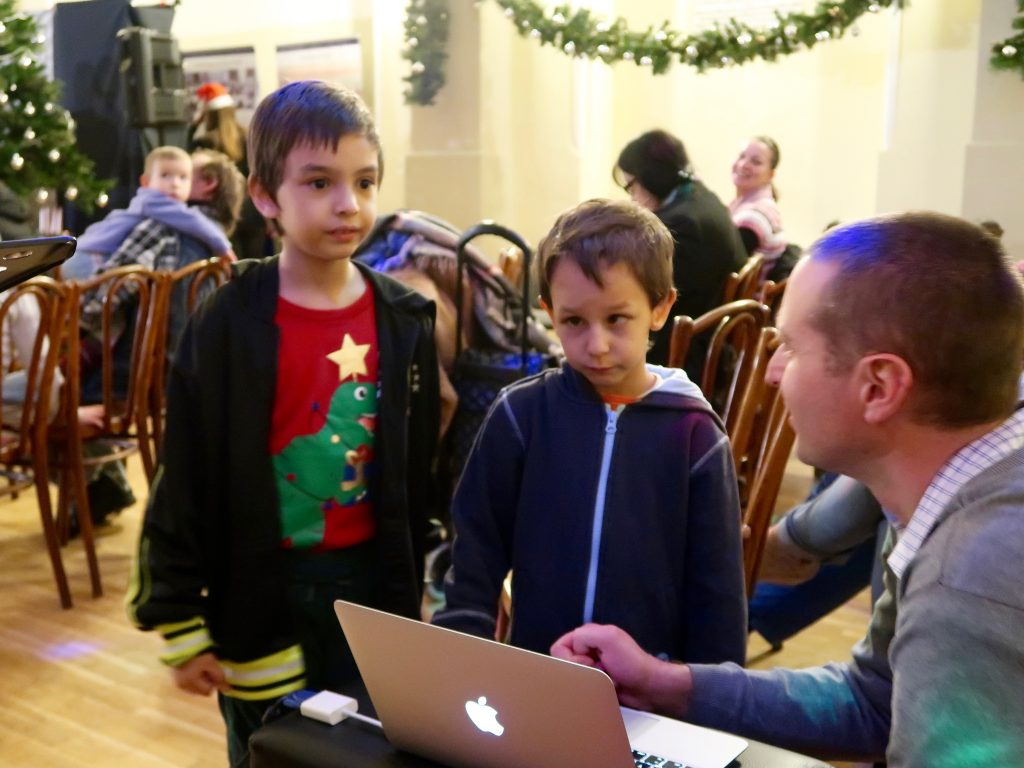 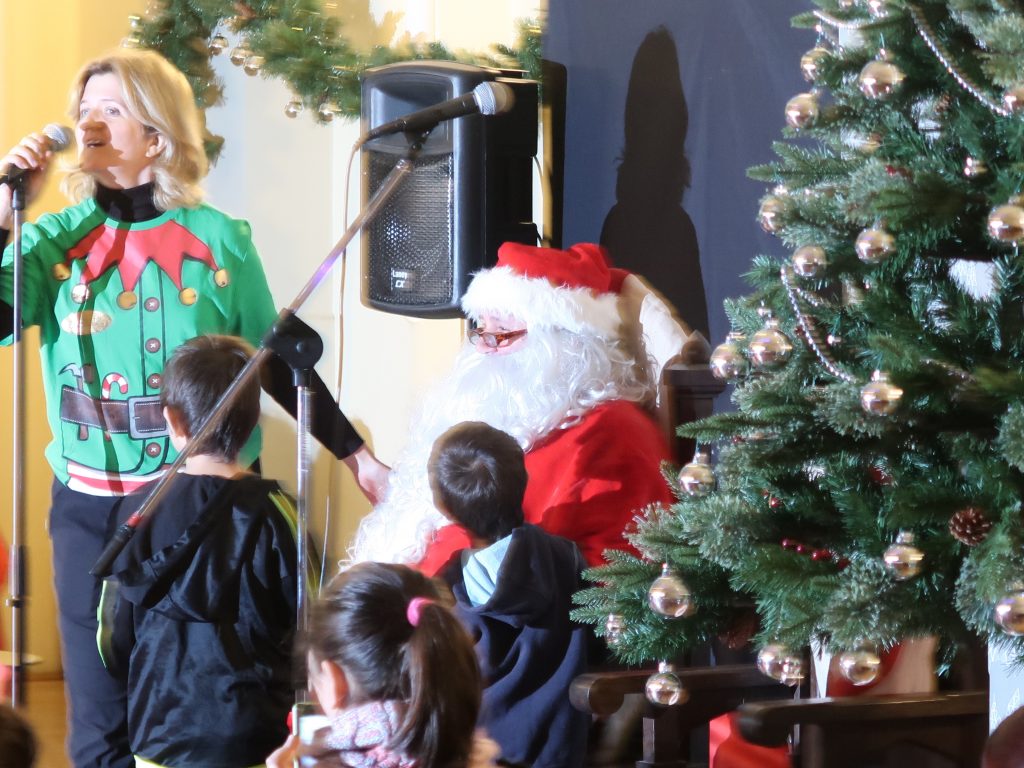 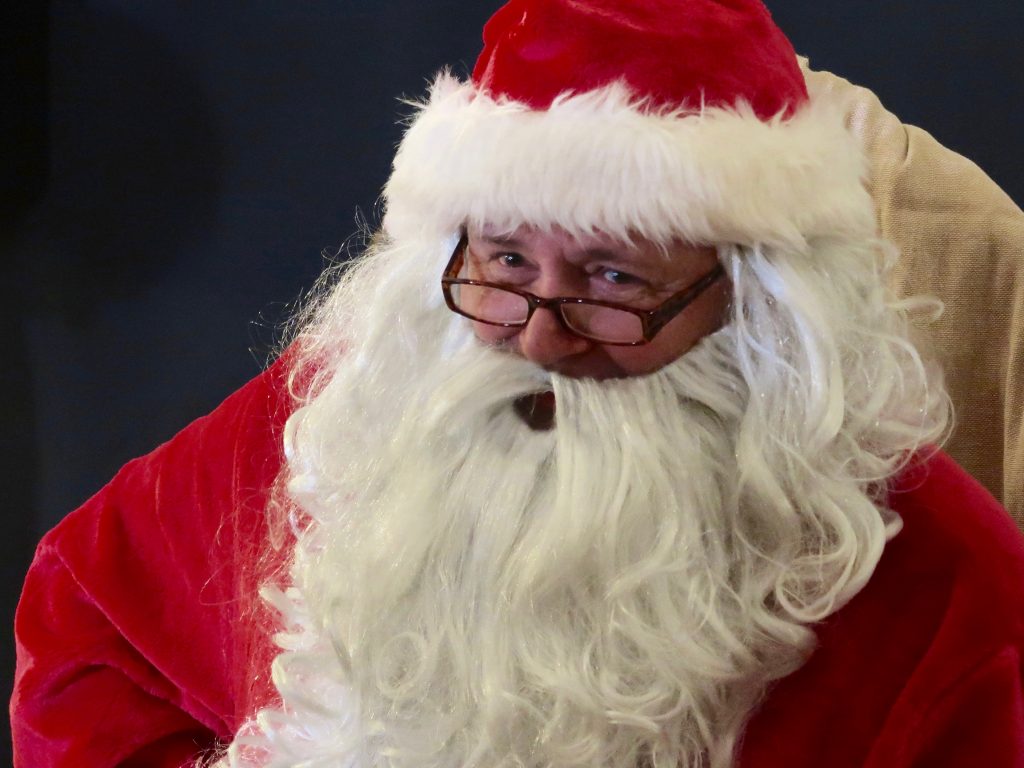 I love Christmas, and seeing so many happy faces makes it even more meaningful this Christmas.  It was so easy for us to take part in this event. Thanks again to Chris Clarke for letting us be part of it. 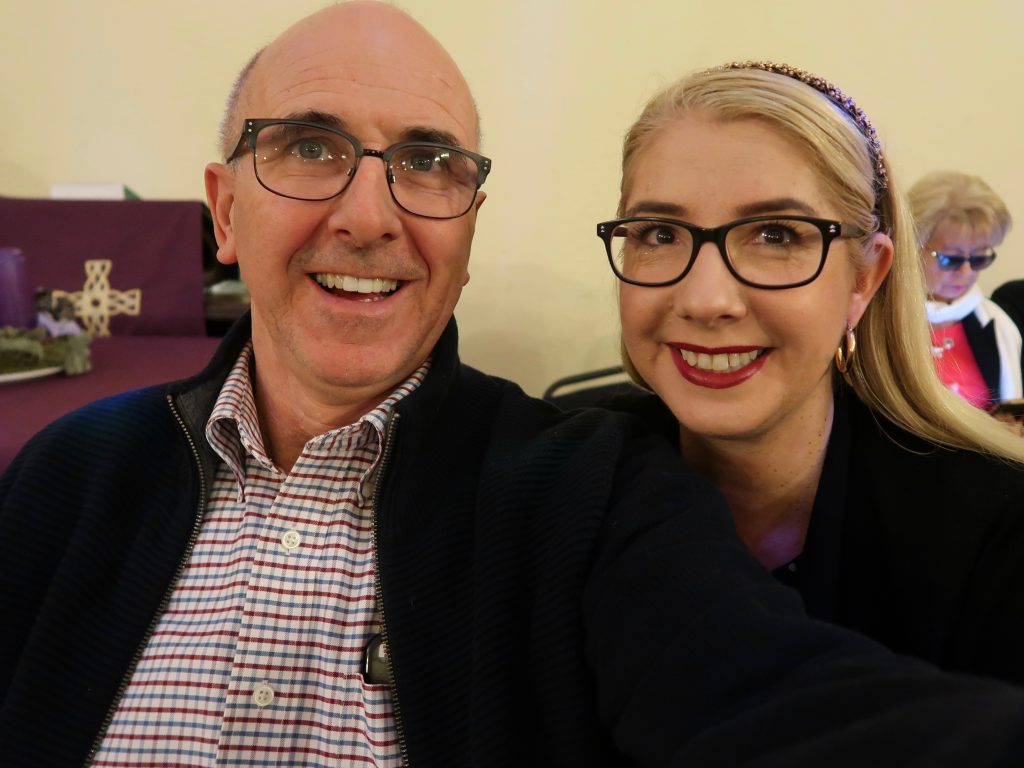 Andrew and I waiting for the children to arrive!

As you all know, similar events take place in every city in the world, and I encourage you to be part of them.  Find the true meaning of Christmas and make a difference in your local community.  Your heart will thank you.

What We Did for our First Christmas in Budapest

Exploring the Christmas Markets in Budapest

What We Did for our First Christmas in Budapest