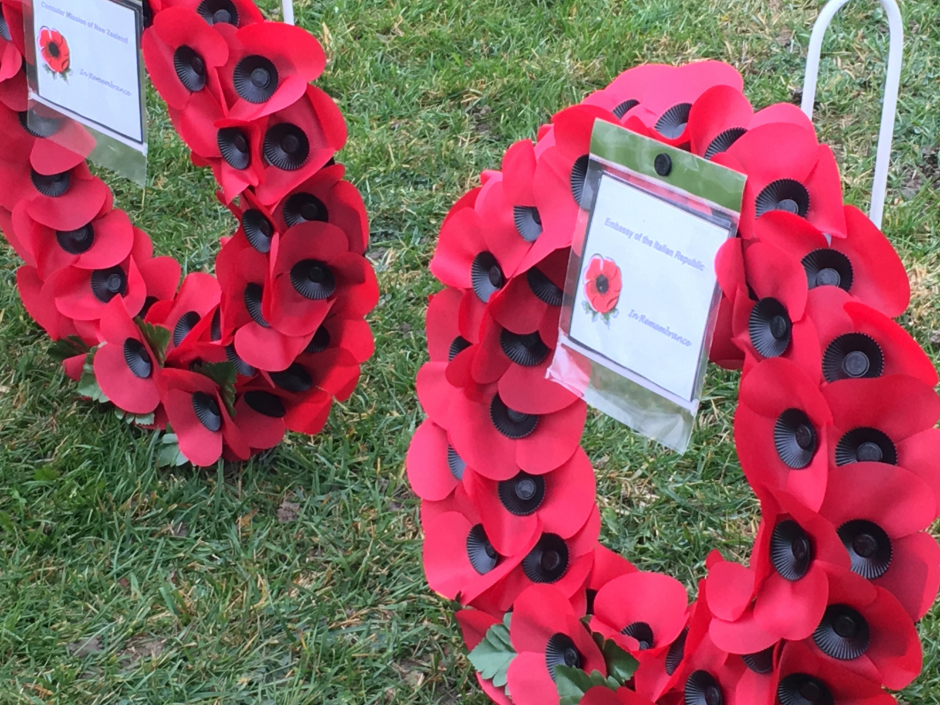 Last Sunday, November 11th, Andrew and I attended the Remembrance Service at the Budapest Commonwealth War Cemetery.  The Budapest War Cemetery is located just outside of Budapest in Solymár.  We attended the cold and wet ceremony with fellow British, Canadian and Americans friends. 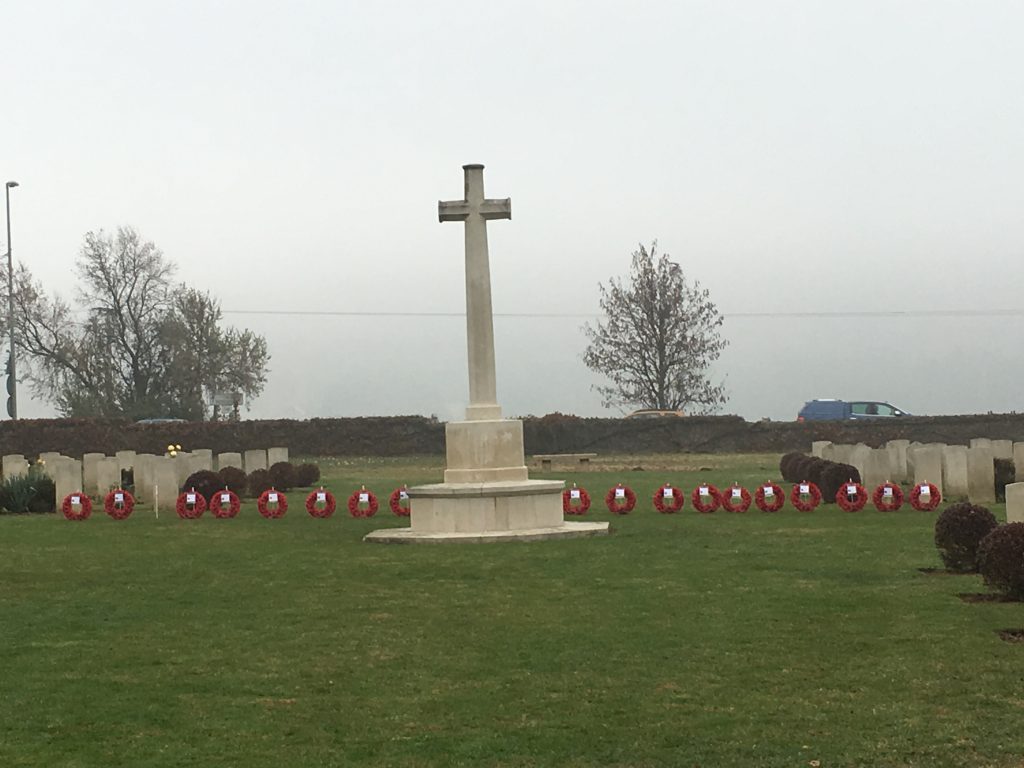 The cemetery contains 173 Commonwealth burials of the Second World War. All of the graves are airmen   – with the exception of one seaman who died during peace enforcement on the Danube. The remains were brought in from sites all over Hungary after the war. At first they were marked with wooden markers but replaced with the current headstones in 1950-54. Only three of these burials are unidentified. The cemetery also contains one French and 37 Polish graves. 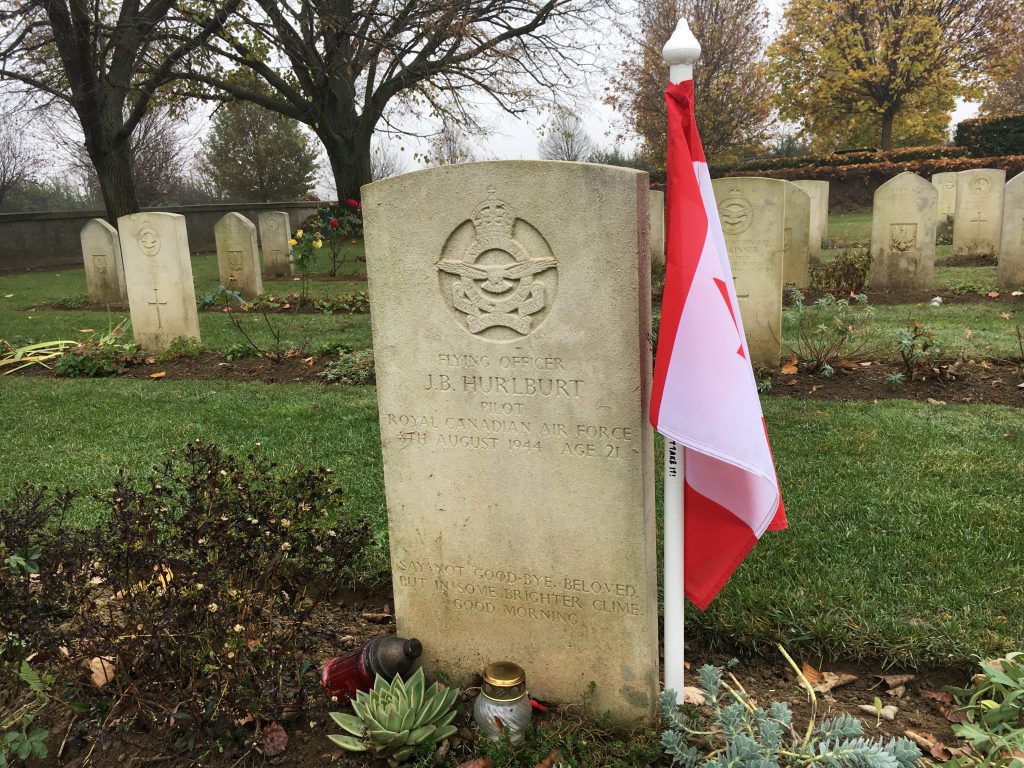 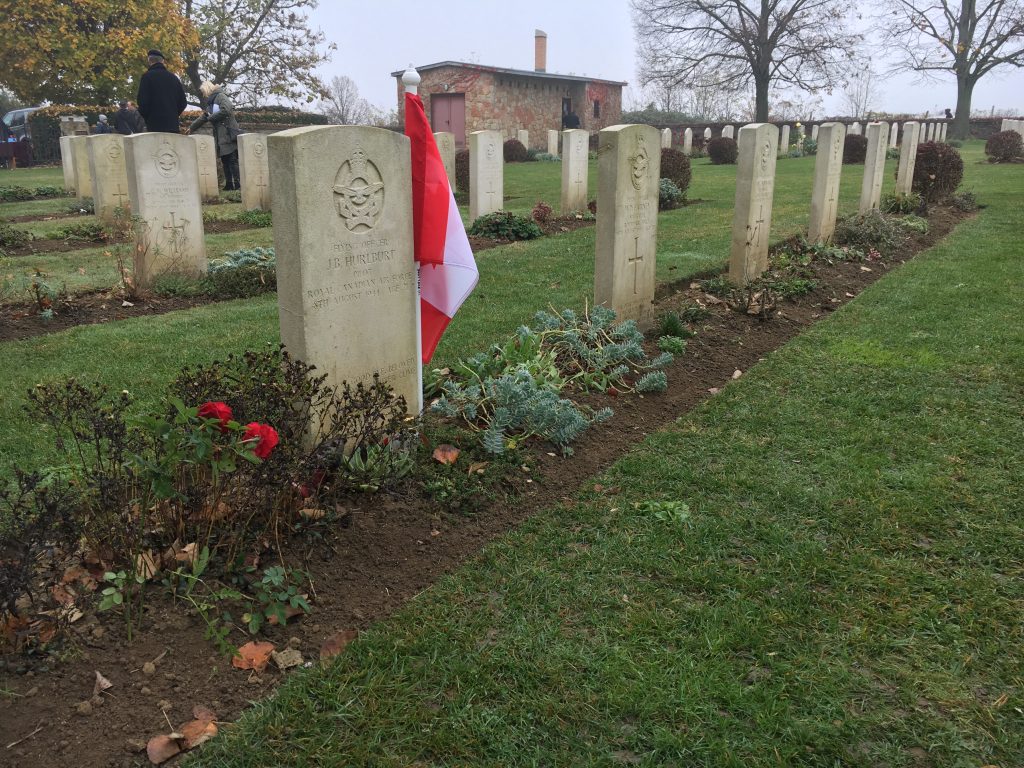 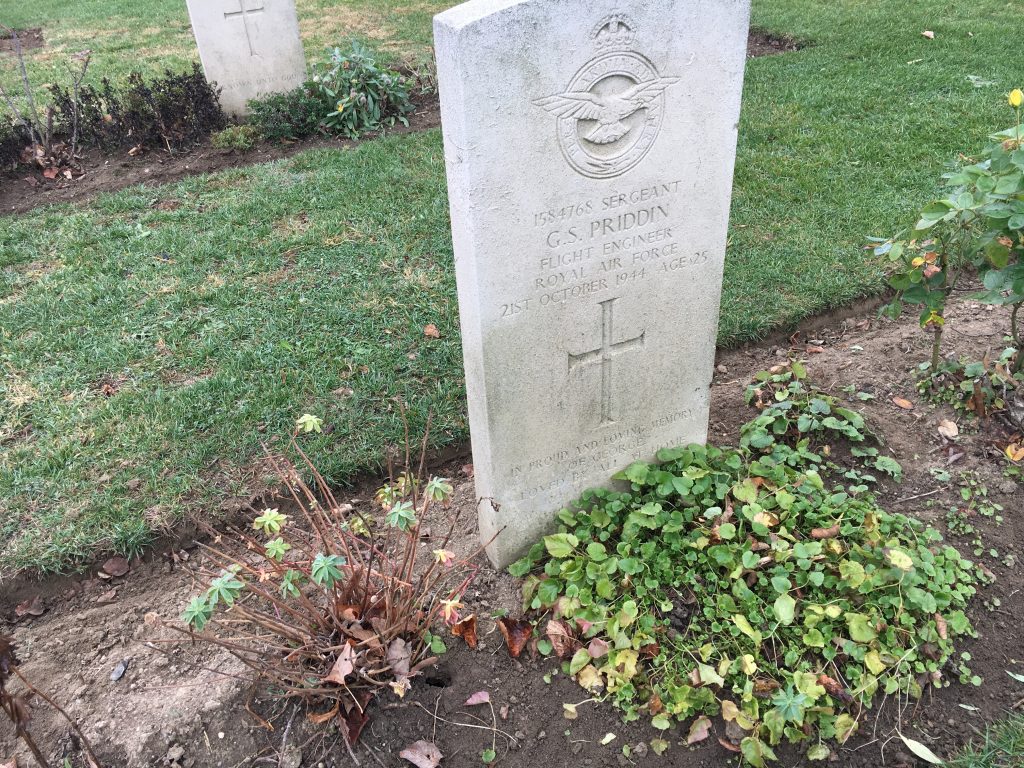 The plot of land was given by the Hungarian Government in 1947 as “a gift of the people of Hungary for the perpetual resting place of the airmen who are honoured here”. The cemetery is one of those maintained by the Commonwealth War Graves Commission. 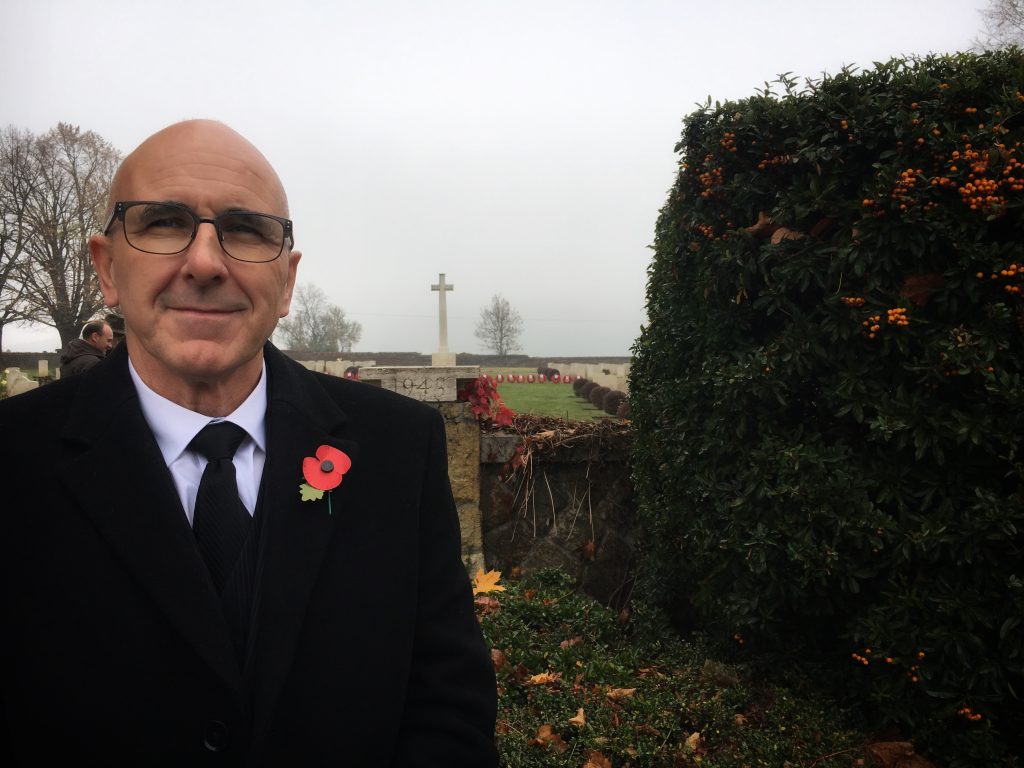 Words of Remembrance were given by H E Mr. Iain Lindsay OBE, Her Majesty’s Ambassador to Hungary.  H E Ms. Isabelle Poupart, Ambassador, Embassy of Canada read the poem, “In Flanders Fields” by John McCrae. Since this was written by a Canadian, I had to memorize this poem in grade school. While Her Excellency spoke aloud, the words came flooding back to me… 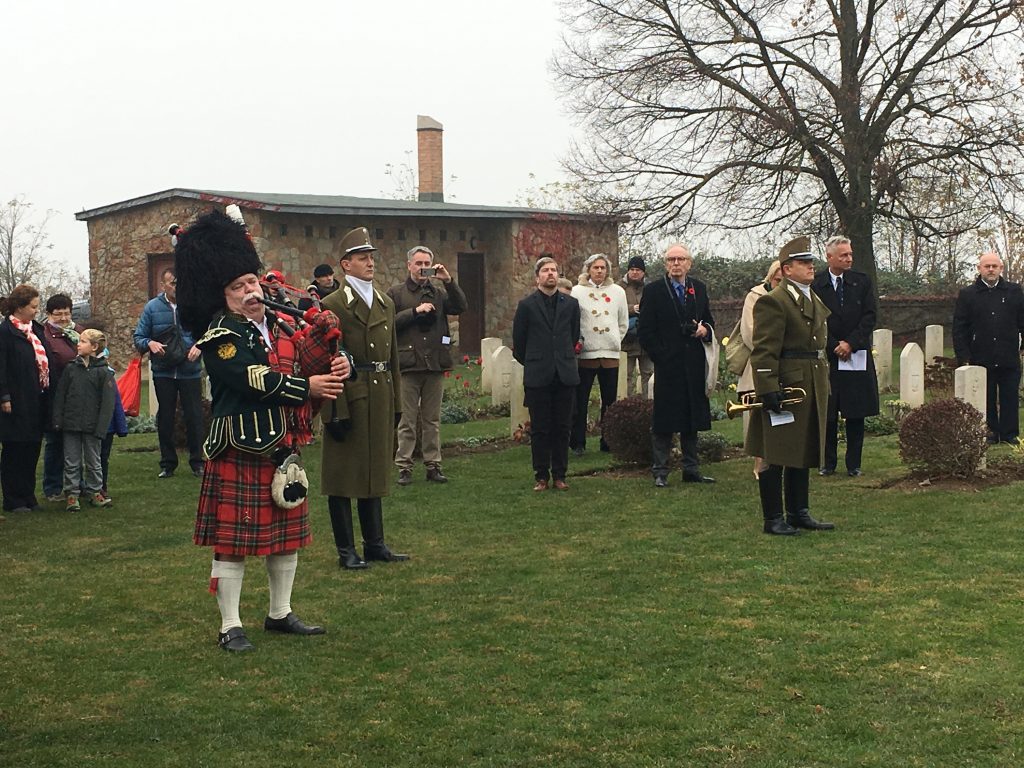 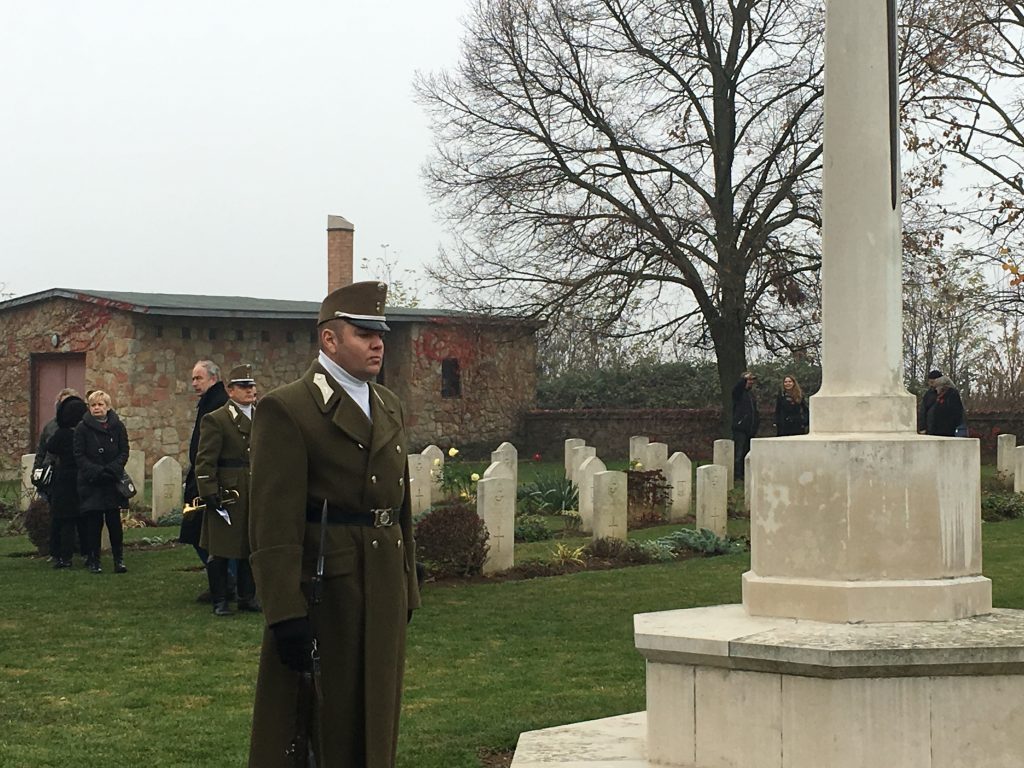 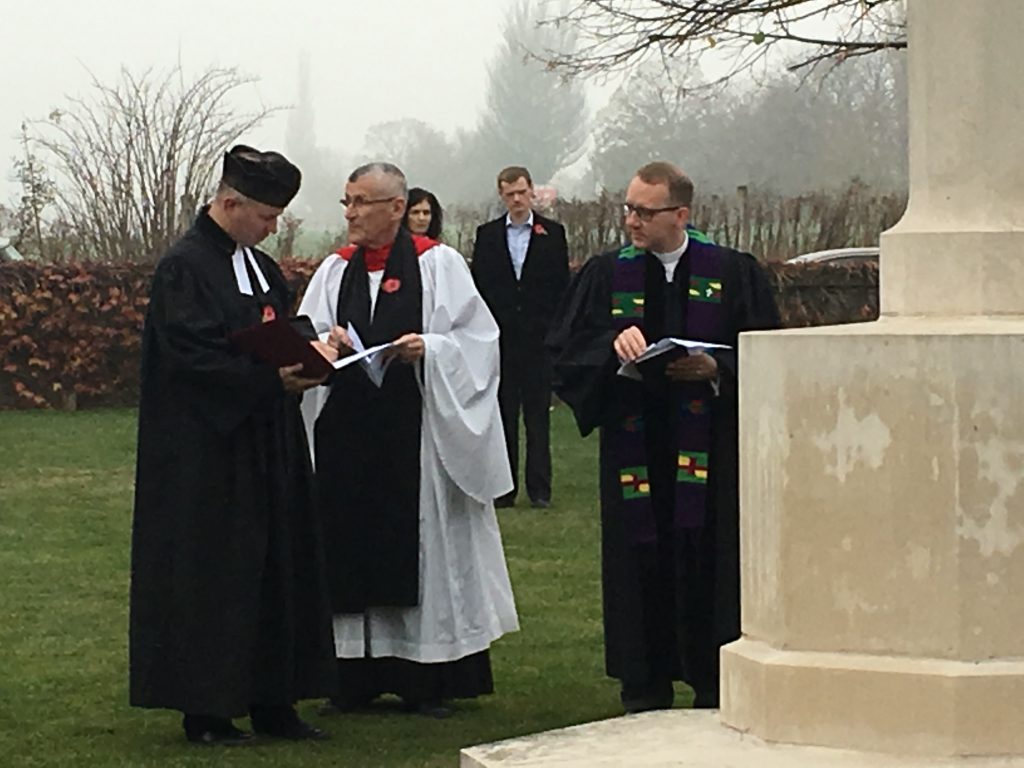 We were invited to assemble close to the memorial to witness the Laying of the Wreaths. 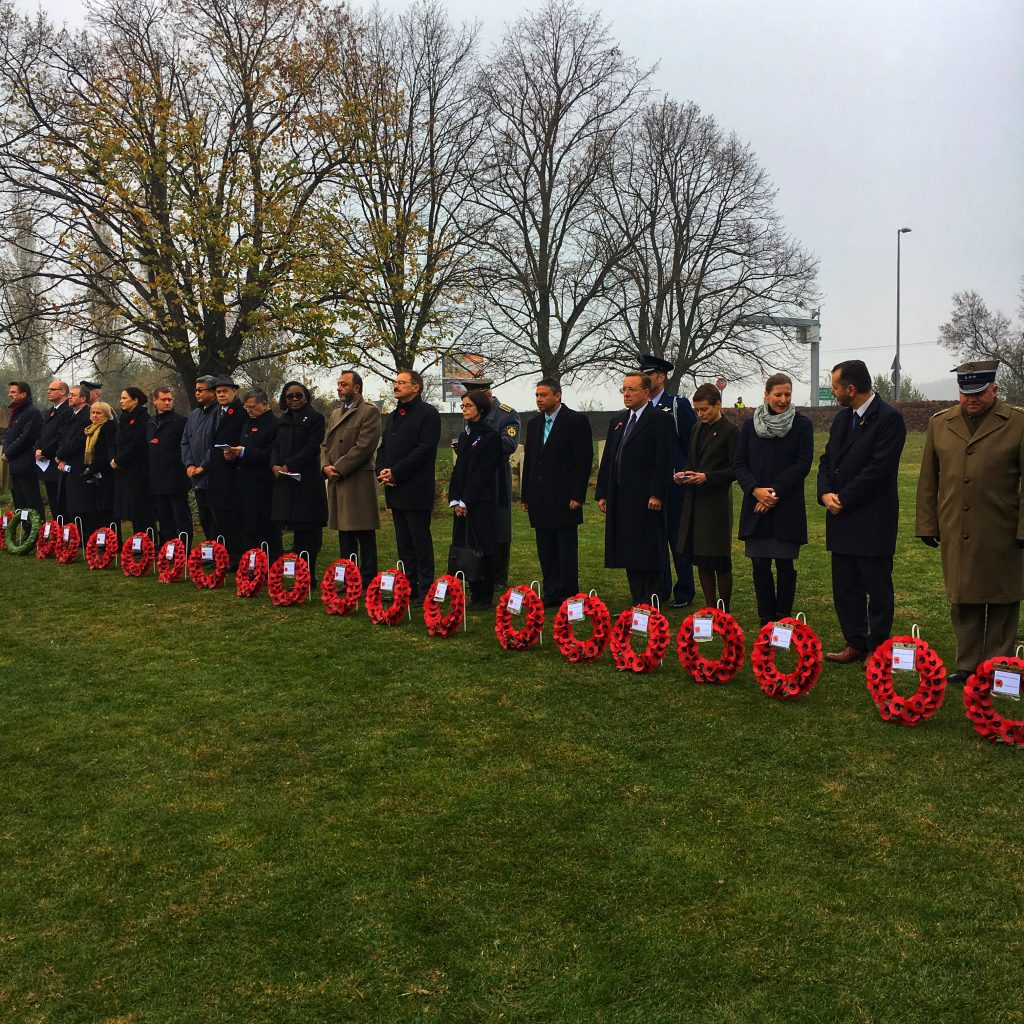 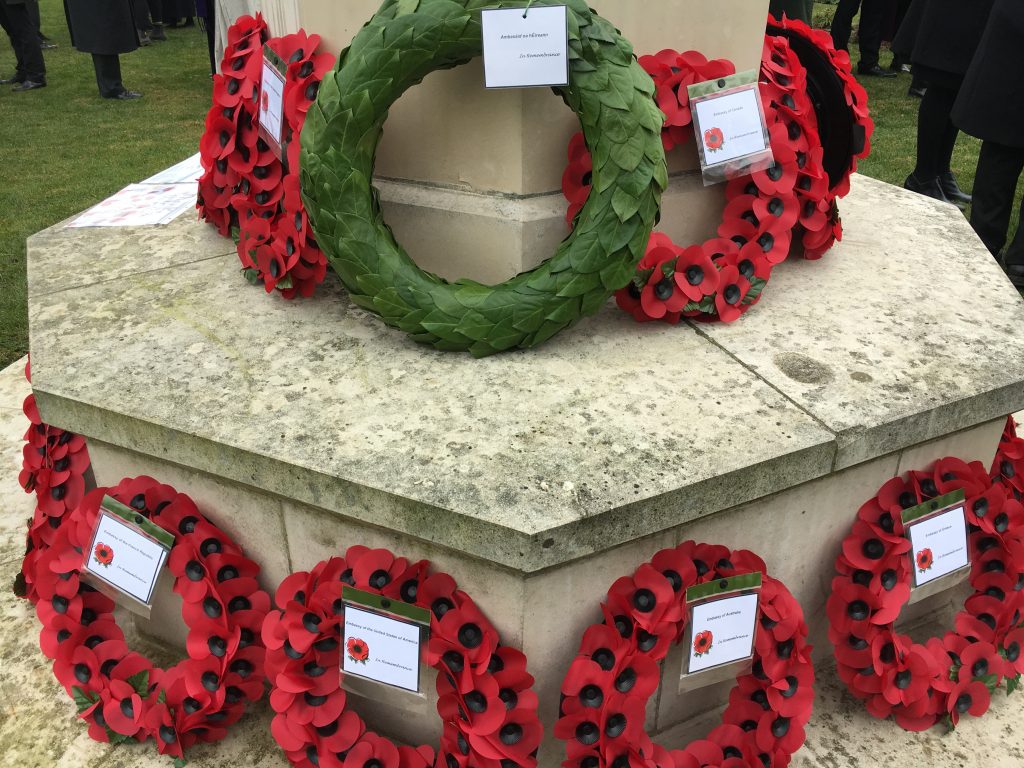 Following the service we were invited to attend the Remembrance Day Buffet Brunch at the British Residence.  Thank you to our wonderful hosts for warming us up and sharing their home – Her Majesty’s Ambassador, Mr. Iain Lindsay OBE and Mrs. Bridget Lindsay.

Thanks also to Chris Clarke for arranging our transportation out of the city so we could attend the memorial.

As a Canadian, I was proud to be part of this event here in Hungary. However, the Hungarian part of me felt a little strange.  Remembrance Day is not celebrated here in Hungary. Instead, Hungarians celebrate the Feast of St. Martin. Families across Hungary happily take this opportunity to gather around a roast bird and other harvest-season specialties. To put it simply, its almost exactly like the North American traditions of Thanksgiving.

Frida Kahlo: A Life of Suffering, Love and Passion in Budapest